Switch back to the old search page.Advanced Search
Planning worship? Check out our sister site, PreachingandWorship.org, for 20+ additional resources related to your search.
Showing 61 - 70 of 208Results Per Page: 102050

1907 - 1991 Person Name: Cyril Vincent Taylor Scripture: 2 Corinthians 12:8-9 Composer of "ABBOT'S LEIGH " in Songs of Grace Cyril V. Taylor (b. Wigan, Lancashire, England, 1907; d. Petersfield, England, 1992) was a chorister at Magdalen College School, Oxford, and studied at Christ Church, Oxford, and Westcott House, Cambridge. Ordained a priest in the Church of England in 1932, he served the church as both pastor and musician. His positions included being a producer in the religious broadcasting department of the BBC (1939­1953), chaplain of the Royal School of Church Music (1953-1958), vicar of Cerne Abbas in Dorsetshire (1958-1969), and precentor of Salisbury Cathedral (1969-1975). He contributed twenty hymn tunes to the BBC Hymn Book (1951), which he edited, and other tunes to the Methodist Hymns and Psalms (1983). He also edited 100 Hymns for Today (1969) and More Hymns for Today (1980). Writer of the booklet Hymns for Today Discussed (1984), Taylor was chairman of the Hymn Society of Great Britain and Ireland from 1975 to 1980. Bert Polman
Cyril Taylor

b. 1950 Person Name: Marty Haugen (b. 1950) Scripture: 2 Corinthians 12:9 Arranger of "HOLY MANNA" in Church Hymnary (4th ed.) Marty Haugen (b. 1950), is a prolific liturgical composer with many songs included in hymnals across the liturgical spectrum of North American hymnals and beyond, with many songs translated into different languages. He was raised in the American Lutheran Church, received a BA in psychology from Luther College, yet found his first position as a church musician in a Roman Catholic parish at a time when the Roman Catholic Church was undergoing profound liturgical and musical changes after Vatican II. Finding a vocation in that parish to provide accessible songs for worship, he continued to compose and to study, receiving an MA in pastoral studies at the University of St. Thomas in St. Paul Minnesota. A number of liturgical settings were prepared for the Evangelical Lutheran Church in America and more than 400 of his compositions are available from several publishers, especially GIA Publications, who also produced some 30 recordings of his songs. He is composer-in-residence at Mayflower Community Congregational Church in Minneapolis and continues to compose and travel to speak and teach at worship events around the world. Emily Brink
Marty Haugen

b. 1942 Scripture: 2 Corinthians 12:9 Author of "Ven, Santo Espíritu" in Himnario Bautista Gloria Gaither (born March 4, 1942) is a Christian songwriter, author, speaker, editor, and academic. She is the wife of Bill Gaither and also sang in the Bill Gaither Trio, one of the most influential groups in recent Christian music. She was born Gloria Lee Sickal in 1942 in Michigan, a daughter of pastor Lee Sickal and Dorothy Sickal. She spent most of her childhood and high school career in the Battle Creek area of Michigan, working a brief time for the Kellogg Company. When Sickal graduated from high school, she attended Anderson University in Anderson, Indiana. There, she triple majored in English, French, and Sociology. Upon her graduation, she took a job at Alexandria Monroe High School as a French teacher. There, she met Bill Gaither, who was teaching English at the time. She married Gaither in 1962, and they began writing songs recreationally. By the end of the 1960s, Gloria, Bill, and his brother Danny Gaither were touring steadily, as the Bill Gaither Trio. After touring with the Bill Gaither Trio, Gaither drew her focus to the Gaither Homecoming series. She has been an active presence in every video production. Gaither is currently the scriptwriter and narrator for the Homecoming series. In 1991, she attended Ball State University and received a Master of Arts in Literature. She taught as an adjunct professor at Anderson University for periods in the late 80s and late 90s. In 1996, she spearheaded the creation of Gaither Family Reources in Alexandria, Indiana, and currently serves as co-owner and managing director. In 2002, Gaither launched Homecoming:
Gloria Gaither 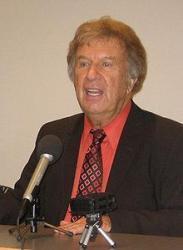