Switch back to the old search page.Advanced Search
Planning worship? Check out our sister site, PreachingandWorship.org, for 20+ additional resources related to your search.
Showing 1 - 10 of 206Results Per Page: 102050

Person Name: Anon. Scripture: 2 Corinthians 12:9 Author of "While foes are strong, and danger near" in The Voice of Praise In some hymnals, the editors noted that a hymn's author is unknown to them, and so this artificial "person" entry is used to reflect that fact. Obviously, the hymns attributed to "Author Unknown" "Unknown" or "Anonymous" could have been written by many people over a span of many centuries.
Anonymous

b. 1952 Person Name: Henry Smith, b. 1952 Scripture: 2 Corinthians 12 Author of "Give Thanks" in Sing! A New Creation Henry Smith must have seen life this way: God’s side of the equation outweighs whatever is on the opposite side. At least, that’s what the words he wrote indicate. God is the ‘all’ of existence, so that I am called to ‘give thanks’ six times in the song’s opening words. When I’m done here on planet Earth, all that will matter is what lies ahead – in God’s presence. That must have been alluring for Henry Smith, who was struggling to find steady work, despite having just earned his college degree. When he says ‘the poor’ are rich in “Give Thanks”, that’s an echo from his difficulty in finding work. His eyesight was also failing because of a degenerative condition that would eventually leave him legally blind, certainly a ‘weakness’ that he expressed in the song as his eyesight faded. Thankfully, theological training informed him that God’s side of the equals sign was what mattered. And other parts of his life further motivated the song that leapt from his heart. He’d found someone to love, his future wife. And, he was grateful to be through school, which his deteriorating vision had made difficult, and to be back home in a church he loved in Williamsburg, Virginia. If God was all Henry Smith had in 1978, He could be praised, and yet He provided even more. It’s no surprise that Smith’s heart overflowed in a song. And, the song resounds still in Henry Smith’s hometown and around the globe today. --songscoops.blogspot.com/2010/
Henry Smith 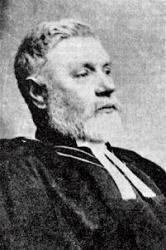 1882 - 1974 Person Name: Jack Copley Winslow (1882-1974) Scripture: 2 Corinthians 12:9-10 Author of "Lord of creation, to you be all praise!" in Church Hymnary (4th ed.) John (Jack) Copley Winslow (b. Hanworth, Middlesex, England, 1882; d. Godalming, Surrey, England, 1974)Winslow was educated at Balliol College in Oxford and Wells Theological College, and was ordained a priest in the Church of England in 1908. After serving at Wimbledon and lecturing at St. Augustine's College in Canterbury, he worked as a missionary in India (1914-1934). He returned to England and served as parish priest and chaplain at a number of churches, including Lee Abbey in Lynton (1948-1962). His publications include The Church in Action (1936), The Christian Approach to the Hindus (1958), and Modern Miracles (1968). His hymns were published in Hymns Ancient and Modern (1950) as well as in various other hymnals. Psalter Hymnal Handbook, 1987
Jack Copley Winslow 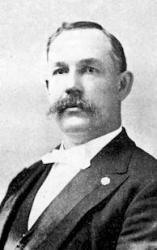 1851 - 1921 Person Name: Edwin Othello Excell (1851-1921) Scripture: 2 Corinthians 12:1-10 Adapter of "NEW BRITAIN" in Common Praise (1998) Edwin Othello Excel USA 1851-1921. Born at Uniontown, OH, he started working as a bricklayer and plasterer. He loved music and went to Chicago to study it under George Root. He married Eliza Jane “Jennie” Bell in 1871. They had a son, William, in 1874. A member of the Methodist Episcopal Church, he became a prominent publisher, composer, song leader, and singer of music for church, Sunday school, and evangelistic meetings. He founded singing schools at various locations in the country and worked with evangelist, Sam Jones, as his song leader for two decades. He established a music publishing house in Chicago and authored or composed over 2,000 gospel songs. While assisting Gypsy Smith in an evangelistic campaign in Louisville, KY, he became ill, and died in Chicago, IL. He published 15 gospel music books between 1882-1925. He left an estate valued at $300,000. John Perry
E. O. Excell 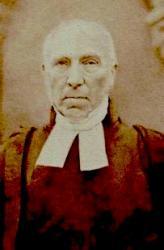 1780 - 1860 Scripture: 2 Corinthians 12:9 Author of "Spirit of God, Descend upon My Heart" in The Worshiping Church Croly, George, LL.D., born in Dublin, Aug. 17, 1780, and educated at the Dublin University (M.A. 1804, LL.D. 1831). After taking Holy Orders, he laboured in Ireland till about 1810, when he took up his residence in London, and devoted himself to literature. In 1835 he succeeded to the united benefices of St. Stephen's, Walbrook, and St. Benet Sherehog, retaining the same till his death, which occurred suddenly in the public street, Holborn, Nov. 24, 1860. His prose publications, in addition to contributions to Blackwood's Magazine, were numerous, and dealt with biographical, historical, and scriptural subjects. His hymns were given in his— Psalms and Hymns for Public Worship. Written and compiled by the Rev. George Croly, LL.D. London Kendrick, 1854. This collection contained 25 psalms, 50 hymns, and 6 poems. Of these 10 psalms, 12 hymns, and the 6 poems bear Dr. Croly's initial. The following have come into common use mainly through Windle's Collection:— 1. Be still, be still, impatient soul. Patience. 2. Behold me, Lord, and if thou find. Lent. 3. Lift up your heads, ye gates of light. Ascension. 4. Lord, who hast sought us out, unsought. Public Worship. 5. Teach us, O Lord, this day. Sunday. 6. Thou, Lord of mercy and of might. Lent. All these date from 1854, with the exception of No. 6, which appeared in his Scenes from Scripture and other Poems, 1851. -- John Julian, Dictionary of Hymnology (1907)
George Croly