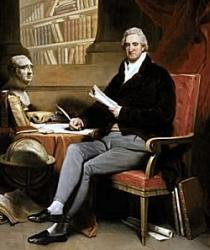 Roscoe, William, the father, was born March 8, 1753, in Liverpool, of humble origin. After very meagre schooling, and three years of work in his father's market garden, he was articled to an attorney, and subsequently practised in Liverpool till 1796, when he withdrew from the profession. From the first literature was his chief delight, and throughout a long career of public usefulness he united its pursuit with the efforts of enlightened patriotism and the advocacy of higher education and reform. Liverpool was a centre of the old slave-trade, and Roscoe was one of the first to raise his voice against the iniquity. At the age of 20 he had already uttered a protest in his descriptive poem Mount Pleasant, and in 1787 he published a longer poem, The Wrongs of Africa (Pt. ii. 1788), devoted to the subject. During his brief parliamentary experience as member for Liverpool, in 1807, he had further opportunity of advocating the cause of liberty and humanity. His first great historical work, the Life of Lorenzo dé Medici, was published in 1796, and the Life and Pontificate of Leo the Tenth, in 1805. After withdrawing from his legal practice, Roscoe had hoped to be able to devote himself entirely to letters, but the claims of friendship induced him in 1800 to enter into a banking business, which involved him in commercial troubles, ending in 1820 in his bankruptcy. His library had to be sold, but part of it was bought by friends, and presented to the Liverpool Athenæum, which in 1789 Roscoe had been instrumental in founding. In 1822 he published Illustrations of the Life of Lorenzo dé Medici, defending the views adopted in his former history, and two years later edited a new edition of Pope's works, with a life of the poet. He died June 30, 1831. (Cf. The Life of William Roscoe, by his son, Henry Roscoe, in 2 vols., London, T. Cadell, 1833.)

As a member of the congregation of Unitarians meeting in Renshaw Street Chapel, Liverpool, Roscoe took part in preparing A Selection of Psalms and Hymns for Public and Private Worship, printed for their use in 1818. He contributed eight hymns and the concluding anthem. Of these hymns the following are in common use at the present time:—
1. Let our loud song of praise arise. Praise.
2. Go, suffering habitant of earth. Life, a Warfare.
3. Great God, beneath Whose piercing eye. Divine Providence.
4. Thus said Jesus, Go and do. Love to our Neighbour.
5. What is the first and great command ? The Commandments.
These hymns are in several Unitarian collections, including Martineau's Hymns, 1840. No. 3 was written in 1788, as a "secular hymn" of ten stanzas, to be sung at the Benn's Garden Chapel on the Centenary of the Revolution.