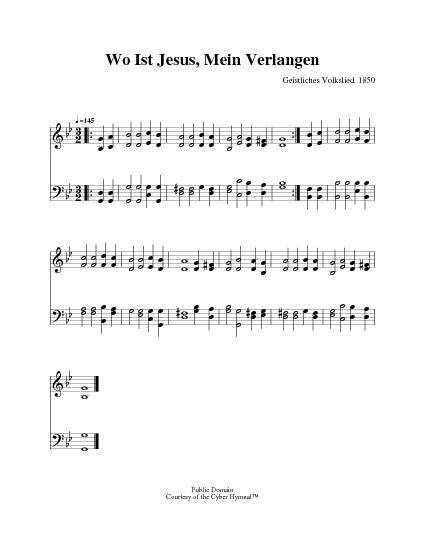 Stricken, smitten and afflicted, See Him dying on the tree!

1 Stricken, smitten, and afflicted,
see him dying on the tree!
'Tis the Christ, by man rejected;
yes, my soul, 'tis he, 'tis he.
'Tis the long-expected Prophet,
David's Son, yet David's Lord;
proofs I see sufficient of it:
'tis the true and faithful Word.


2 Tell me, as you hear him groaning,
was there ever grief like his,
friends through fear his cause disowning,
foes insulting his distress?
Many hands were raised to wound him,
none would intervene to save;
but the deepest stroke that pierced him
was the stroke that justice gave.


3 If you think of sin but lightly
nor suppose the evil great,
here you see its nature rightly,
here its guilt may estimate.
Mark the sacrifice appointed,
see who bears the awful load;
'tis the Word, the Lord's anointed,
Son of Man and Son of God.


4 Here we have a firm foundation,
here the refuge of the lost:
Christ, the Rock of our salvation,
is the name of which we boast;
Lamb of God, for sinners wounded,
sacrifice to cancel guilt!
None shall ever be confounded
who on him their hope have built.

Kelly, Thomas, B.A., son of Thomas Kelly, a Judge of the Irish Court of Common Pleas, was born in Dublin, July 13, 1769, and educated at Trinity College, Dublin. He was designed for the Bar, and entered the Temple, London, with that intention; but having undergone a very marked spiritual change he took Holy Orders in 1792. His earnest evangelical preaching in Dublin led Archbishop Fowler to inhibit him and his companion preacher, Rowland Hill, from preaching in the city. For some time he preached in two unconsecrated buildings in Dublin, Plunket Street, and the Bethesda, and then, having seceded from the Established Church, he erected places of worship at Athy, Portarlington, Wexford, &c, in which he conducted divine worship and preached. H… Go to person page >
^ top

All tunes published with 'Stricken, Smitten and Afflicted'^ top