Sow in the morn thy seed 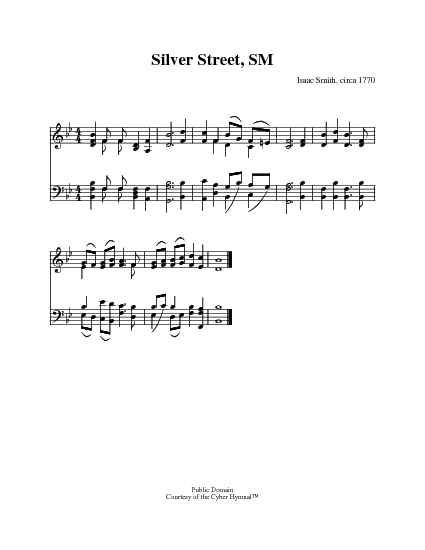 Sow in the morn thy seed

1 Sow in the morn thy seed,
At eve hold not thy hand;
To doubt and fear give thou no heed,
Broadcast it o'er the land.


2 Thou know'st not which may thrive,
The late or early sown,
God keeps his precious seed alive,
When and wherever strown.


3 Thou canst not toil in vain;
Cold, heat, and moist, and dry,
Shall foster and mature the grain
For garners in the sky.


4 Thence, when the glorious end,
The day of God is come,
The angel reapers shall descend,
And heav'n cry "Harvest Home."

Sow in the morn thy seed. J. Montgomery. [Missions.] Under the date of June 16, 1832, Montgomery, in a letter to his friend George Bennett, gives the history of this hymn in the following words:—

"In the month of February last, on our return from Bath, as my friend Mr. Rowland Hodgson and myself were travelling between Gloucester and Tewkesbury, I observed from my side of the carriage, a field which had been recently ploughed, and apparently harrowed, for the surface lay not in furrows; but upon it were several women and girls in rows, one behind another, laterally, as though they were engaged in parallel lines, but did not keep pace with each other in their work. What the work was I could not guess: it was evidently not weeding, for the ground was perfectly clear and fresh turned up. It seemed to be planting, all stooping down and appearing to put something into the earth, but they were too far off for me to distinguish what. I therefore described the scene and their mode of action to my friend, who, being blind, could not help out the imperfection of my eyes by the aid of his. He immediately replied, ‘I dare say it is dibbling, a mode of husbandry by which two-thirds of the grain necessary in the ordinary way of sowing an acre is saved: holes are picked in lines along the field, and into each of these two or three grains are dropped.’ ‘I have often heard of drilling or dibbling, but I never saw it before,' I exclaimed; ‘and I must say if this be the latter, dibbling is quite in character with everything else in an age of political economy. * * * * But for my part, give me broadcast sowing, scattering the seed on the right hand and on the left, in liberal handfuls; this dibbling is very unpoetical and unpicturesque; there is neither grace of motion nor attitude in it.' * * * * I fell immediately into a musing fit, and moralised most magnificently upon all kinds of husbandry (though I knew little or nothing of any, but so much the better, perhaps, for my purpose) making out that each was excellent in its way, and best in its place. * * * * By degrees my thoughts subsided into verse, and I found them running lines, like furrows, along the field of my imagination: and in the course of the two next stages they had already assumed the form of the following stanzas, which I wrote as soon as we reached Bromsgrove. This is the whole history and mystery of which I fear you have heard so romantic an account, 'Sow in the morn thy seed.' "Memoirs, by Holland, volume v. p. 34.

The hymn written under these circumstances, in Febrary 1832, was printed for the use of the Sheffield Sunday School Union, at their Whitsuntide gathering of the same year. It is in 7 stanzas of 4 lines. It was published in Montgomery's Poet's Portfolio, 1835, p. 248, and headed, "The Field of the World," and again, with the same heading, in his Original Hymns, 1853, p. 258. It is given in many modern hymn-books.

All tunes published with 'Sow in the morn thy seed'^ top