None of Self and All of Thee 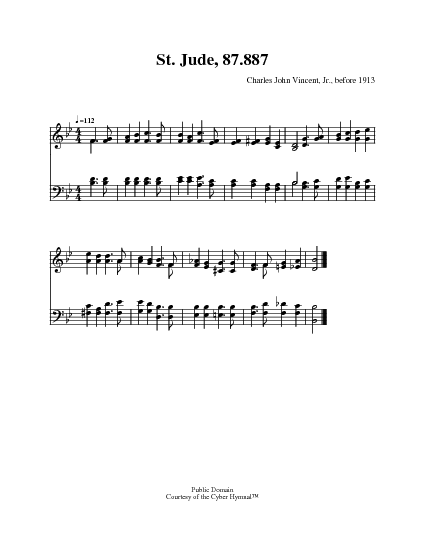 O the bitter shame and sorrow

1 O the bitter shame and sorrow
That a time could ever be
When I let the Saviour’s pity
Plead in vain, and proudly answered:
All of self and none of thee!


2 Yet he found me; I beheld him
Bleeding on th’accursed tree,
Heard him pray: Forgive them, Father!
And my wistful heart said faintly:
Some of self and some of thee!


3 Day by day his tender mercy,
Healing, helping, full and free,
Sweet and strong and, ah! so patient,
Brought me lower, while I whispered:
Less of self and more of thee!


4 Higher than the highest Heaven,
Deeper than the deepest sea,
Lord, thy love at last has conquered;
Grant me now my spirit’s longing:
None of self and all of thee!


Source: The Song Book of the Salvation Army #548

Monod, Theodore, son of F. Monod, Pastor in the French Reformed Church, was born in Paris, Nov. 6, 1836, and educated for the ministry at Western Theological Seminary, Allegheny, Pennsylvania. He entered the ministry in 1860, and has been many years a Pastor in Paris. --John Julian, Dictionary of Hymnology, Appendix, Part II (1907)  Go to person page >
^ top

O the bitter shame and sorrow. T. Monod. [Gratitude.] Mr. J. Thin's annotation of this hymn (the substance of which was derived apparently direct from the author) as given in his Notes of 1887 to the Scottish Presbyterian Hymnal, reads:—

By Rev. Theodore Monod, Paris. Written by him in English during a series of Consecration meetings held at Broadlands, England, in July 1874. Given by the author to Lord Mount-Temple at the close of the meetings, and printed by his lordship on the back of a programme card for another series of similar meetings held at Oxford in October, l874 . . . . The author writes (1887) that he now wishes line 4 of verse 4 to read, ‘Grant me now my supplication.' "

This hymn is given in several collections, including the Hymnal Companion, 1876, where, in the annotated edition, it is accompanied by the following note by Bishop E. H. Bickersteth:—

" This touching hymn by Monod, with the exception of reading ‘petition' for ‘desire' [stanza iv. l. 4] for the measure's sake, is without alteration. In one of the last letters which the Editor received from the late Sir H. W. Baker, he expressed his great regret that it was not included in the revised edition of Hymns Ancient & Modern.”

It is in the Hymns Ancient & Modern Supplement Hymns, 1889.

Hymns of the Christian Life #155

The Song Book of the Salvation Army #548