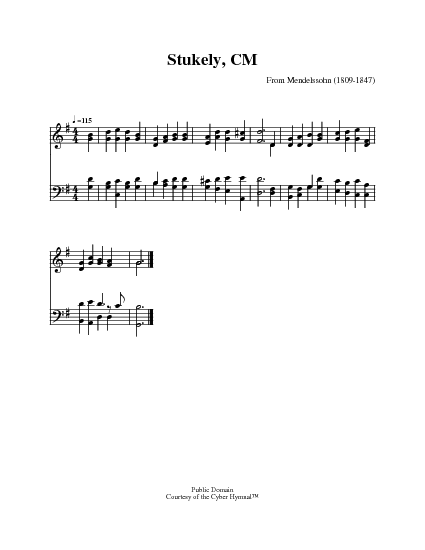 1 O Lord, our fathers oft have told,
In our attentive ears,
Thy wonders in their days perform'd,
And in more ancient years.


3 But thy right hand, thy pow'rful arm;
Whose succor they implor'd—
Thy Providence protected those,
Who thy great name ador'd.


4 As thee, their God, our fathers own'd,
So thou art still our King;
O therefore, as thou didst to them,
To us deliv'rance bring.


5 To thee, the glory we'll ascribe,
From whom salvation came;
In God our shield we will rejoice,
And ever bless thy name.


Source: A Collection of Hymns and A Liturgy: for the use of Evangelical Lutheran Churches; to which are added prayers for families and individuals #419

O Lord, our fathers oft have told. Tate & Brady. [Psalm xliv. Thanksgiving for Victory.] First published in three parts in the New Version, 1696. From this rendering, centos of varying length have been compiled from time to time, and have come into common use. In 1836, Edward Osier rewrote various lines from the New Version and formed them into a hymn of 4 stanzas of 4 lines beginning:—“Great God of hosts, our ears have heard." This was included in Hall's Mitre Hymn Book, as a version of Psalm xliv. and entitled “For Succour against our Foes." From thence it passed into various collections, including Pott's Hymns, &c, 1861, where it was given with slight alterations, and a doxology. This text was repeated in the Society for Promoting Christian Knowledge Church Hymns, 1871, with the change in the doxology of “One co-eternal Three" to "One God in Persons Three."

All tunes published with 'National Deliverances Ascribed to God'^ top