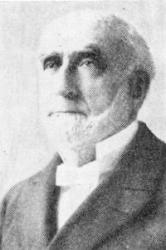 Pedro Castro Iriarte was converted to Christianity while he was a young man working for a printing company in Madrid. He then served as a pastor, organizing churches in Valladolid and Madrid. He was also a prolific writer of prose, poetry, and children's stories. He also translated many hymns. Dianne Shapiro from Celebremos su Gloria (Colombia/Illinois: Libros Alianza/Celebration), 1992 Go to person page >
^ top

[O think of the home over there] (O'Kane)