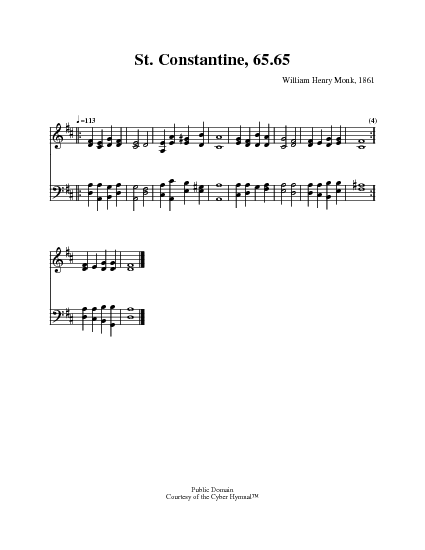 
2 Give us holy freedom;
Fill our hearts with love;
Draw us, holy Jesus,
To the realms above.


3 Lead us on our journey;
Be Thyself the way
Through terrestrial darkness
To the heavenly day. 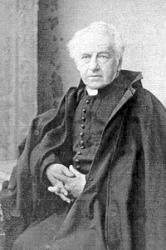 George Rundle Prynne studied at S. Catherine's College, Cambridge, where he graduated B.A. 1839, M.A. 1861. He was ordained Deacon in 1841, and Priest in 1842. He afterwards became Curate of S. Andrew's, Clifton, and entered upon his present incumbency of S. Peter's, Plymouth, in 1848. He has published some sermons and manuals. --Annotations of the Hymnal, Charles Hutchins, M.A. 1872.… Go to person page >
^ top

Jesu, meek and gentle. G. R. Prynne. [A Child’s Prayer.] Written in 1856, and published in the author's Hymn Suited for the Services of the Church, &c, 1858, in 5 stanzas of 4 lines. In 1861 it was given in Hymns Ancient & Modern and subsequently in most collections published in Great Britain and America. The author has also republished it in his work The Soldier's Dying Visions, and Other Poems, 1881, and has added the following note:—

"This little hymn has found its way into most English hymn-books. It is commonly thought to have been written for children, and on this supposition I have been asked to simplify the fourth verse. The hymn was not, however, written specially for children. Where it is used in collections of hymns for children, it might be well to alter the last two lines in the fourth verse thus:—

Usually the original text is given as in Hymns Ancient & Modern, 1875.

All tunes published with 'Jesus, Meek and Gentle'^ top

The Book of Common Praise: being the hymn book of The Church of England in Canada (revised 1938) #433b

Great Songs of the Church (Revised) #572

Sacred Selections for the Church #133