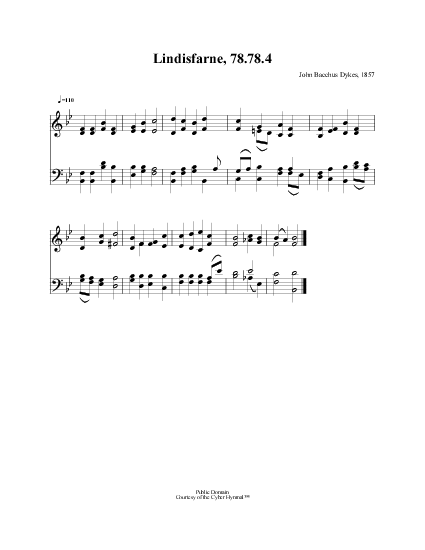 1 Jesus lives! The vict'ry's won!
Death no longer can appall me.
Jesus lives! Death's reign is done!
From the grave Christ will recall me.
Brighter scenes will then commence;
this shall be my confidence.


2 Jesus lives! To him the throne
high o'er heav'n and earth is given.
I shall go where he is gone,
live and reign with him in heaven.
God is faithful; doubtings, hence!
This shall be my confidence.


3 Jesus lives! For me he died;
hence will I, to Jesus living,
pure in heart and act abide,
praise to him and glory giving.
All I need God will dispense;
this shall be my confidence.


4 Jesus lives! I know full well
nothing me from him shall sever.
Life nor death nor pow'rs of hell
part me now from Christ forever.
God will be a sure defense;
this shall be my confidence.


5 Jesus lives! And now is death
but the gate to life immortal;
this shall calm my trembling breath
when I pass its gloomy portal.
Faith shall cry, as fails each sense:
Jesus is my confidence!

Gellert, Christian Fürchtegott, son of Christian Gellert, pastor at Hainichen in the Saxon Harz, near Freiberg, was born at Hainichen, July 4, 1715. In 1734 he entered the University of Leipzig as a student of theology, and after completing his course acted for some time as assistant to his father. But then, as now, sermons preached from manuscript were not tolerated in the Lutheran Church, and as his memory was treacherous, he found himself compelled to try some other profession. In 1739 he became domestic tutor to the sons of Herr von Lüttichau, near Dresden, and in 1741 returned to Leipzig to superintend the studies of a nephew at the University. He also resumed his own studies. He graduated M.A. 1744; became in 1745 private tutor or l… Go to person page >

Gellert studied theology at the University of Leipzig and planned to become a pastor. Due to "congenital timidity" and poor memory, which made preaching impossible for him (the Lutheran Church in that era did not encourage pastors to read their sermons but to preach them from memory), he became a tutor. He went on to study philosophy at the University of Leipzig, where he was later appointed to the philosophy faculty. He became a popular lecturer and included among his students Goethe and Lessing. Gellert published various literary works, including the classic Tales and Fables (1746, 1748).

Calvin Seerveld (PHH 22) translated the text in 1985 in Toronto, Ontario; he borrowed the last line of each stanza from the translation by Australian John D. Lang, published in Lang's Aurora Australis (1826). It was first published in the 1987 Psalter Hymnal.

A strong text of comfort in Christ's resurrection, “Jesus Lives and So Do We” was inspired by John 14: 19b, "Because I live, you also will live." Each stanza begins with the Easter faith: Jesus lives! We sing of Christ conquering death (st. 1), of his rule as king over all (st. 2), of his forgiveness of sin (st. 3), and of our security in his love (st. 4-5).

Liturgical Use:
Easter season; to comfort the sick and dying; funerals.

All tunes published with 'Jesus Lives! Thy Terrors Now'^ top

A New Hymnal for Colleges and Schools #561