Hope of the World

Hope of the world, Thou Christ of great compassion 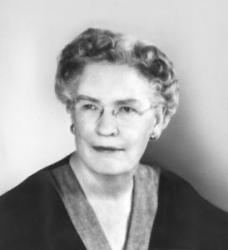 Georgia Elma Harkness (1891-1974), first woman to teach theology in an American seminary, was once a household name, but few today know who she is–and all of her writings are out of print. We need to recover the work of this neglected theologian for the life of the church today. Born 21 April 1891, Harkness was the youngest of four children born to Joseph Warren Harkness and Lillie Merrill Harkness. She was born in Harkness, NY, a town in the Adirondacks named for her grandfather. A Methodist, she was personally converted in a revival as a teenager, and sensed a calling to serve the church. Her family was upper middle class and progressive, thereby giving her opportunities for education beyond what was available to most girls and w… Go to person page >
^ top

Of the hundreds of hymns submitted in a search for new hymns for the Second Assembly of the World Council of Churches (held in Evanston, IL, in August 1954), "Hope of the World" was chosen as the winner by the Hymn Society of America. Theologian Georgia E. Harkness (b. Harkness, NY, 1891; d. Claremont, CA, 1974) wrote the text to coincide with the Assembly's theme, “Jesus Christ, Hope of the World.” First published in a Hymn Society of America pamphlet, Eleven Ecumenical Hymns (1954) and in The Hymn (July 1954), the text has since appeared in many North American hymnals. Translated into several languages, it has also been published in hymnals in various other countries.

This prayer text entreats Christ, "the hope of the world," to reconcile those now involved in conflict and strife (st. 1-2) and to direct the ministry of the church to be faithful to his gospel (st. 3-5). Recognizing the brokenness of the church and the temptations of the world, this sung prayer also presents the hope and challenge of ministering in Christ's name.

Harkness studied at Cornell University, Ithaca, New York, received a doctoral degree from Boston University (1923), and did further studies at Harvard, Yale, and Union Theological Seminary. She taught at Elmira (NY) College (1922-1937); Mount Holyoke College, South Hadley, Massachusetts (1937-1939); Garret School of Theology, Evanston, Illinois (1939-50); and the Pacific School of Religion, Berkeley, California (1950-61). The first woman in the United States to be appointed a full professor in a theological seminary, Harkness was ordained in the Methodist Church in 1926. Partly because of her work in the World Council of Churches, her influence was wide-ranging. The recipient of many honors and awards, she wrote thirty-seven books, including John Calvin: The Man and His Ethics (1931), Prayer and the Common Life (1947), TheProvidence of God (1960), and Women in Church and Society (1972). Her hymn texts and other poetry were published in Holy Flame (1935), The Glory of God (1943), and Be Still and Know (1953).

GENEVAN 12 first appeared in the 1551 Genevan Psalter and has thus been attributed to Louis Bourgeois (PHH 3), music editor for the 1551 edition. It is also known as DONNE SECOURS, the first two words of the French text for Psalm 12. The tune is included in many English-language hymnals because of i…

GENEVAN 12 (or DONNE SECOURS, see 12) was the tune originally selected for the text for singing at the Evanston Assembly. That tune is set to the Harkness text in many hymnals. V. Earle Copes (PHH 302) composed VICAR in 1963 as a setting for Harkness's text for inclusion in the American Methodist Hy…

All tunes published with 'Hope of the World'^ top


This is a preview of your FlexScore.
^ top