Hear, Lord, the song of praise and prayer 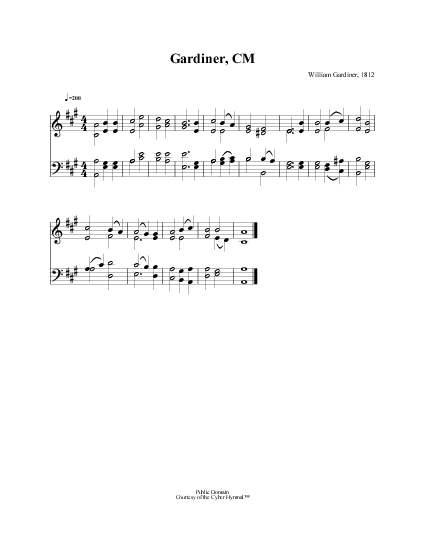 Hear, Lord, the song of praise and prayer

1 Hear, Lord, the song of praise and prayer,
In Heav’n Thy dwelling place,
From infants, made Thy constant care,
[originally, …made the public care]
And taught to seek Thy face!


2 Thanks for Thy Word, and for Thy day,
And grant us, we implore,
Never to waste in sinful play,
Thy holy Sabbaths more.


3 Thanks that we hear—but, Oh, impart,
To each desires sincere,
That we may listen with our heart,
And learn, as well as hear.


4 For if vain thoughts our minds engage,
Of elder far than we:
What hope that at our heedless age,
Our minds shall e’er be free?


5 Much hope, if Thou our spirits take
Under Thy gracious sway,
Who canst make the wisest wiser make
And babes as wise as they.


6 Wisdom and bliss Thy Word bestows,
A sun that ne’er declines;
And be Thy mercies showered on those
Who placed us where it shines.

William Cowper (pronounced "Cooper"; b. Berkampstead, Hertfordshire, England, 1731; d. East Dereham, Norfolk, England, 1800) is regarded as one of the best early Romantic poets. To biographers he is also known as "mad Cowper." His literary talents produced some of the finest English hymn texts, but his chronic depression accounts for the somber tone of many of those texts. Educated to become an attorney, Cowper was called to the bar in 1754 but never practiced law. In 1763 he had the opportunity to become a clerk for the House of Lords, but the dread of the required public examination triggered his tendency to depression, and he attempted suicide. His subsequent hospitalization and friendship with Morley and Mary Unwin provided emotional st… Go to person page >
^ top

Hear, Lord, the songs of praise and prayer. W. Cowper. [Sunday School Anniversary.] This hymn was published in Rowland Hill's Divine Hymns attempted in Easy Language for Children, &c, 1790, p. 58, No. 37, in 6 stanzas of 4 lines and headed, "A hymn for Sunday School Children.” Better is a poor and wise child than an old and foolish king. Eccl. iv. 13." In his Preface, p. vii., Hill says, Hymns 24 ["How happy are those little ones "] and 37 were also added by the gentleman that corrected the publication. It was also given in the Christian Observer, Oct. 1808, with the following letter as an introduc¬tion:—.

“The following hymn, composed by the poet Cowper for the anniversary of the establishment of the Sunday Schools at Olney, and, perhaps, not ill calculated for general use on such anniversaries in other parishes, has never, I believe, appeared in print. If you agree with me in thinking the publication of it desirable, it is very much at your service. Its tendency is, certainly, the same with that of other productions of his pen. And its internal evidence, as to authorship, is so strong, that it is perhaps unnecessary for me to say I transcribe a copy sent by Mrs. Unwin, in her own handwriting, to her daughter, Mrs. Powley... E. Kilvington, Ossett, Aug. 16."

The hymn is in 6 stanzas of 4 lines, the opening stanza being:—

"Hear, Lord, the songs of praise and prayer,
In heaven, Thy dwelling-place,
From children made the public care,
And taught to seek Thy face."

In the Leeds Sunday School Hymn Book, 1833, it is abbreviated to 3 stanzas, and in this form it is known to modern collections. One or two of the remaining stanzas might be added with advantage.

All tunes published with 'Hear, Lord, the song of praise and prayer'^ top

View Page
Church Psalmist: or, psalms and hymns, for the public, social and private use of Evangelical Christians. With Supplement. (53rd ed.) (1857), p.28
^ top