For the Healing of the Nations

For the healing of the nations 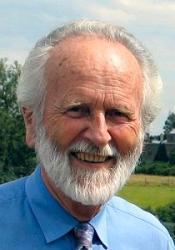 Fred Kaan Hymn writer. His hymns include both original work and translations. He sought to address issues of peace and justice. He was born in Haarlem in the Netherlands in July 1929. He was baptised in St Bavo Cathedral but his family did not attend church regularly. He lived through the Nazi occupation, saw three of his grandparents die of starvation, and witnessed his parents deep involvement in the resistance movement. They took in a number of refugees. He became a pacifist and began attending church in his teens. Having become interested in British Congregationalism (later to become the United Reformed Church) through a friendship, he was attended Western College in Bristol. He was ordained in 1955 at the Windsor Road Congregation… Go to person page >
^ top

This tune is likely the work of the composer named here, but has also been attributed to others as shown in the instances list above.

Henry T. Smart (PHH 233) composed REGENT SQUARE for the Horatius Bonar (PHH 260) doxology "Glory be to God the Father." The tune was first published in the English Presbyterian Church's Psalms and Hymns for Divine Worship (1867), of which Smart was music editor. Because the text editor of that hymna…

All tunes published with 'For the Healing of the Nations'^ top

In his epistle, James has a lot to say about social justice: “Religion that is pure and undefiled before God, the Father, is this: to visit orphans and widows in their affliction, …. My brothers, show no partiality as you hold the faith in our Lord Jesus Christ, the Lord of glory.” (James 1:27, 2:1 ESV) A more pointed passage is this: “Behold, the wages of the laborers who mowed your fields, which you kept back by fraud, are crying out against you, and the cries of the harvesters have reached the ears of the Lord of hosts. You have lived on the earth in luxury and in self-indulgence.” (James 5:4-5a ESV) This hymn deals with similar ideas, as a prayer that we will live in a just and loving way, and it ends with a reminder that we are made in God's image.

Fred Kaan wrote this hymn in 1965 for a service for Human Rights Day (December 10) at Pilgrim Church in Plymouth, England. It is his most widely published hymn, and was used to celebrate the 25th anniversary of the United Nations and the 50th anniversary of the International Labor Organization (The Hymn Texts of Fred Kaan, Fred Kaan, p. 35). This hymn has four stanzas. The first three stanzas deal with common societal problems: poverty, war, and prejudice. The fourth stanza is a reminder that humankind is created in the image of God.

This text has been associated with a number of different tunes, of which the three most popular are WESTMINSTER ABBEY, CWM RHONDDA, and REGENT SQUARE. Fred Kaan wrote “When introduced in a 'Come and Sing' lecture at the Westminster Abbey, London 1973, it was sung to Henry Purcell's WESTMINSTER ABBEY with which it has been principally associated ever since” (The Hymn Texts of Fred Kaan, p. 35).

Ernest Hawkins arranged the final Alleluias from Purcell's anthem “O God, thou art my God” as a hymn tune named BELLEVILLE in 1843. In 1939, Sidney Nicholson, a music consultant on the revision of Hymns Ancient and Modern, included the tune in the Shortened Music Edition. It was renamed WESTMINSTER ABBEY in honor of Purcell's long association with that famous church.

CWM RHONDDA is a well-known Welsh tune. It was written in 1907 by John Hughes, a Welshman who spent most of his life as a railway worker. The tune name literally means “Rhondda valley.” The Rhondda is a river that flows through a coal-mining district of Wales. When this text is sung to CWM RHONDDA, repeat the last line of each stanza to fit the music.

REGENT SQUARE is most often associated with the Christmas text “Angels From the Realms of Glory.” The tune was composed by Henry Smart, and first published in Psalms and Hymns for Divine Worship in 1867. It was named after the Regent Square Presbyterian Church in London, whose minister, James Hamilton, was editor of that hymnal.

This hymn is suitable for use on any occasion where social justice is a theme. If CWM RHONDDA is the tune used, try singing a stanza unaccompanied. For preludes or other service music, organ settings of CWM RHONDDA can be found in “Three Partitas on Welsh Hymn Tunes” and “Shine on Us,”, while “Partita on Westminster Abbey,” contains seven different settings of that tune for organ.

An editor needs to add scores for this featured hymn.
^ top

Hymns from the Four Winds #54