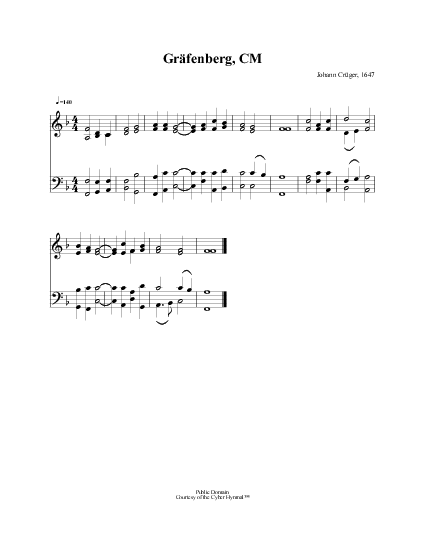 Far from these narrow scenes of night

1 Far from these scenes of night,
Unbounded glories rise,
And realms of joy and pure delight
Unknown to mortal eyes.


2 Fair land! could mortal eyes
But half its charms explore,
How would our spirits long to rise,
And dwell on earth no more!


3 No cloud those regions know,
Realms ever bright and fair!
For sin, the source of mortal woe,
Can never enter there.


4 O may the prospect fire
Our hearts with ardent love,
Till wings of faith, and strong desire,
Beat every thought above.

Anne Steele was the daughter of Particular Baptist preacher and timber merchant William Steele. She spent her entire life in Broughton, Hampshire, near the southern coast of England, and devoted much of her time to writing. Some accounts of her life portray her as a lonely, melancholy invalid, but a revival of research in the last decade indicates that she had been more active and social than what was previously thought. She was theologically conversant with Dissenting ministers and "found herself at the centre of a literary circle that included family members from various generations, as well as local literati." She chose a life of singleness to focus on her craft. Before Christmas in 1742, she declined a marriage proposal from contemporar… Go to person page >
^ top

Far from these narrow scenes of night. Anne Steele. [Heaven.] This hymn ranks in popularity as one of the first of Miss Steele's hymns. It was first pub. in her Poems on Subjects chiefly Devotional, 1760, vol. i. p. 157, in 11 stanzas of 4 lines, and entitled "The Promised Land." It was repeated in her Poems, &c, 1780, and in D. Sedgwick's edition of her Hymns, 1863, p. 96. In modern hymn-books it is found in various forms, ranging from 4 stanzas in the American Baptist Hymn [& Tune) Book, 1871, to 8 stanzas in the Westminster Abbey Hymn Book, 1883. It was brought into use in an abbreviated form in the Church of England through R. Conyers's Collection, 1767, and A. M. Toplady's Psalms & Hymns, 1776; and amongst Nonconformists by the Bristol Baptist Collection of Ash & Evans, 1769. In most American Unitarian collections a selection of stanzas rearranged from CM. to SM. is given, sometimes in 7 stanzas, as in Dabney's Selection of Hymns & Psalms, Andover, 1821; and again, in 5 stanzas, as in the Hymns [& Tune] Book for the Church & Home, &c, Boston, 1868.

All tunes published with 'The Promised Land'^ top