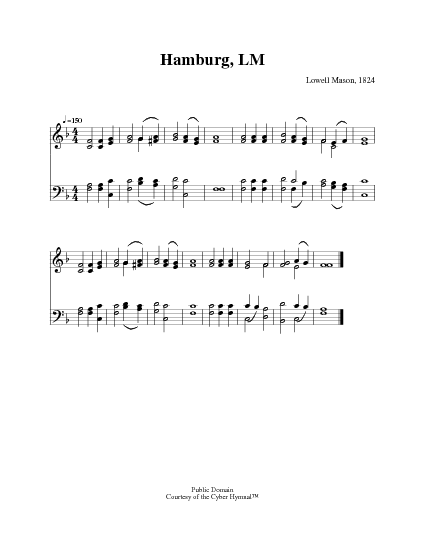 1 Ere mountains reared their forms sublime,
Or heav'n and earth in order stood;
Before the birth of ancient time,
From everlasting, thou art God.


2 A thousand ages in their flight,
With thee are as a fleeting day;
Past, present, future to thy sight
At once their various scenes display.


3 But our brief life's a shadowy dream,
A passing tho't, that soon is o'er,
That fades with morning's earliest beam,
And fills the musing mind no more.


4 To us, O Lord, the wisdom give
Each passing moment so to spend
That we at length with thee may live,
Where life and bliss shall never end.

Source: Light in the Valley: a new work of great merit for the Sunday school, revivals, Christian Endeavor, Epworth League, young people's society, and all forward movement along the line of battle... #143

Auber, Harriet, daughter of Mr. James Auber, b. in London, Oct. 4, 1773. During the greater part of her quiet and secluded life she resided at Broxbourne and Hoddesdon, Herts, and died at the latter place on the 20th Jan., 1862. Miss Auber wrote devotional and other poetry, but only a portion of the former was published in her Spirit of the Psalms, in 1829. This collection is mainly her work, and from it some useful versions of the Psalms have been taken and included in modern hymn-books, about 20 appearing in Spurgeon's Our Own Hymn Book, 1866. Miss Auber's name is widely known, but it is principally through her exquisite lyric, "Our blest Redeemer, ere He breathed," and the Epiphany hymn, "Bright was the guiding star that led." (For criti… Go to person page >
^ top

Ere mountains reared their forms sublime. Harriet Auber. [God eternal—Man passing away.] Appeared in her Spirit of the Psalms, 1829, in 4 stanzas of 4 lines. In the American hymnbooks it is given in its original L. M. form, as in Hedge and Huntington's Hymns for the Church of Christ, 1853, and several later Hymnals; and in a peculiar form to suit the music adopted in Church Pastorals, Boston, 1864. From Miss Auber and H. F. Lyte having both published works with the title The Spirit of the Psalms, this hymn has sometimes been attributed to Lyte in error.

Lowell Mason (PHH 96) composed HAMBURG (named after the German city) in 1824. The tune was published in the 1825 edition of Mason's Handel and Haydn Society Collection of Church Music. Mason indicated that the tune was based on a chant in the first Gregorian tone. HAMBURG is a very simple tune with…