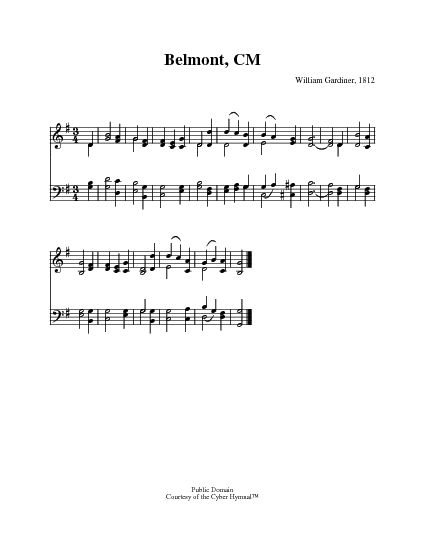 1 By cool Siloam's shady rill
how sweet the lily grows!
How sweet the breath beneath the hill
of Sharon's dewy rose!


2 Lo! such the child whose early feet
the paths of peace have trod,
whose secret heart with influence sweet
is upward drawn to God.


3 By cool Siloam's shady rill
the lily must decay,
the rose that blooms beneath the hill
must shortly fade away;


4 And soon, too soon, the wintry hour
of life's maturer age
will shake the soul with sorrow's power
and stormy passion's rage.


5 O thou, whose infant feet were found
within thy Father's shrine,
whose years, with changeless virtue crowned,
were all alike divine,


6 Dependent on thy bounteous breath
we seek thy grace alone,
through every stage of life, and death,
to keep us still thine own.

Reginald Heber was born in 1783 into a wealthy, educated family. He was a bright youth, translating a Latin classic into English verse by the time he was seven, entering Oxford at 17, and winning two awards for his poetry during his time there. After his graduation he became rector of his father's church in the village of Hodnet near Shrewsbury in the west of England where he remained for 16 years. He was appointed Bishop of Calcutta in 1823 and worked tirelessly for three years until the weather and travel took its toll on his health and he died of a stroke. Most of his 57 hymns, which include "Holy, Holy, Holy," are still in use today. -- Greg Scheer, 1995… Go to person page >
^ top

By cool Siloam's shady fountain [rill]. Bp. R. Heber. [Epiphany.] In its original form as "By cool Siloam's shady fountain" this hymn was given in the April No. of the Christian Observer, 1812. It was subsequently rewritten in C.M. as "By cool Siloam's shady rill,” and published in his posthumous Hymns, &c, 1827, in 6 stanzas of 4 lines, for the 1st Sunday after the Epiphany. From the Hymns, it has passed into a great number of hymnals both in Great Britain and America, sometimes in full, and again with the omission of one or more stanzas, and is most popular as a children's hymn. Authorized text in Stevenson's Hymns for Church & Home, 1873.

All tunes published with 'The Christian Child'^ top