Blessed Jesus, we are here, Your beloved word obeying

Blessed Jesus, we are here, Your beloved word obeying

Representative text cannot be shown for this hymn due to copyright.
See page scan previews below. 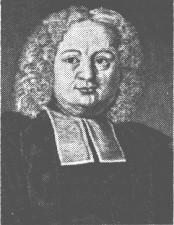 Schmolck, Benjamin, son of Martin Schmolck, or Schmolcke, Lutheran pastor at Brauchitschdorf (now Chrόstnik) near Liegnitz in Silesia (now Poland) was born at Brauchitschdorf, Dec. 21, 1672. He entered the Gymnasium at Lauban in 1688, and spent five years there. After his return home he preached for his father a sermon which so struck the patron of the living that he made Benjamin an allowance for three years to enable him to study theology. He matriculated, at Michaelmas, 1693, at the University of Leipzig, where he came under the influence of J. Olearius, J. B. Carpzov, and others, and throughout his life retained the character of their teaching, viz. a warm and living practical Christianity, but Churchly in tone and not Pietistic. In th… Go to person page >

Charles Winfred Douglas (b. Oswego, NY, 1867; d. Santa Rosa, CA, 1944), an influential leader in Episcopalian liturgical and musical life. Educated at Syracuse University and St. Andrews Divinity School, Syracuse, New York, he moved to Colorado for his health. There he studied at St. Matthew's Hall, Denver, and founded the Mission of the Transfiguration in Evergreen (1897). Ordained a priest in the Episcopal Church in 1899, he also studied in France, Germany and England, where he spent time with the Benedictines of Solesmes on the Island of Wight from 1903 to 1906. For much of his life, Douglas served as director of music at the Community of St. Mary in Peekskill, New York, and had associations with cathedrals in Denver, Colorado, and Fond… Go to person page >
^ top

All tunes published with 'Blessed Jesus, we are here, Your beloved word obeying'^ top