As when the weary traveler gains 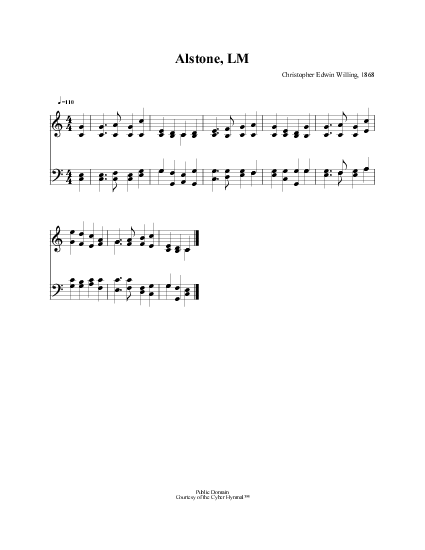 As when the weary traveler gains

1 As, when the weary traveler gains
The height of some commanding hill,
His heart revives, if o'er the plains,
He sees his home, tho' distant still.


2 Thus, when the Christian pilgrim views
By faith his mansion in the skies,
The sight his fainting strength renews,
And wings his speed to reach the prize.


3 The thought of heav'n his spirit cheers,
No more he grieves for troubles past;
Nor any future trial fears
So he may safe arrive at last.


4 Jesus, on Thee our hopes we stay,
To lead us on to Thine abode;
Assured Thy love will far o'erpay,
The hardest labours of the road. Amen.

Source: Light in the Valley: a new work of great merit for the Sunday school, revivals, Christian Endeavor, Epworth League, young people's society, and all forward movement along the line of battle... #161

John Newton (b. London, England, 1725; d. London, 1807) was born into a Christian home, but his godly mother died when he was seven, and he joined his father at sea when he was eleven. His licentious and tumul­tuous sailing life included a flogging for attempted desertion from the Royal Navy and captivity by a slave trader in West Africa. After his escape he himself became the captain of a slave ship. Several factors contributed to Newton's conversion: a near-drowning in 1748, the piety of his friend Mary Catlett, (whom he married in 1750), and his reading of Thomas à Kempis' Imitation of Christ. In 1754 he gave up the slave trade and, in association with William Wilberforce, eventually became an ardent abolitionist. After becoming a tide… Go to person page >
^ top

As when the weary traveller gains. J. Newton. [Nearing Heaven.] Included in the Olney Hymns, 1779, Bk. iii., No. 58, in 6 stanzas of 4 lines and entitled "Home in View," and continued in later editions of the same. It was given at an early date in the old collections, and is still in somewhat extensive use both in Great Britain and America, specially in the latter. In a great many cases the text is altered and abbreviated. The Baptist Psalms & Hymns, 1858, No. 576, is an exception in favour of the original. The Rev. R. Bingham has given a Latin rendering of the original with the omission of stanza ii. in his Hymnologia Christiana Latina, 1871, p. 67:—"Ut quando fessus longâ regione viator."

All tunes published with 'As when the weary traveler gains'^ top