Switch back to the old search page.Advanced Search
Planning worship? Check out our sister site, PreachingandWorship.org, for 20+ additional resources related to your search.
Showing 1 - 8 of 8Results Per Page: 102050

b. 1931 Person Name: Bryan-Jeffery Leech Author of "We Are God's People" in Trinity Hymnal (Rev. ed.) Bryan Jeffrey Leech was born in Middlesex, England in 1931. He came to the United States in 1955 and studied at Barrington College and North Park Seminary. He was ordained in 1961 and served in the Covenant Church. He composed more than 500 songs. Dianne Shapiro
Bryan Jeffery Leech 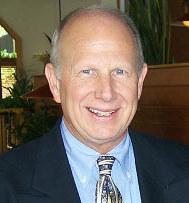 1939 - 1998 Arranger of "SYMPHONY" in Trinity Hymnal (Rev. ed.) Fred Bock was born in Great Neck, New York. He played the piano at age six and organ at age twelve. He attended Ithaca College, receiving his B.A. in Music Education. He earned his Masters and did Doctoral work in Church Music at the University of Southern California. Fred Bock was one of the most recognized and respected leaders in the world of church music. He was an accomplished composer, arranger, clinician, studio musician, organist, pianist, choral director and music publisher. He was the founder and director of publications for the music publishing division of Word, Inc. and later started Gentry Publication and other publishers of church music. He was also minister of music at Hollywood Presbyterian Church, where he served for 18 years. Before that, he served as minister of music at Bel Air Presbyterian Church in Los Angeles for 14 years. Bock has over 600 compositions and arrangements in print. N.N., Hymnary. More information at https://www.songsandhymns.org/people/detail/fred-bock
Fred Bock 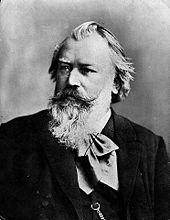 1833 - 1897 Composer of "SYMPHONY" in The Worshiping Church Johannes Brahms (German: [joˈhanəs ˈbʁaːms]; 7 May 1833 – 3 April 1897) was a German composer and pianist. Born in Hamburg into a Lutheran family, Brahms spent much of his professional life in Vienna, Austria. In his lifetime, Brahms's popularity and influence were considerable. He is considered one of the greatest composers in history. See also in: Wikipedia
Johannes Brahms

b. 1942 Arranger of "[We are God's people, the chosen of the Lord]" in Sing Joyfully JACK SCHRADER (b. 1942), arranger, composer, conductor, vocalist, and organist/pianist, is past editor with Hope Publishing Company, retiring in January of 2009. His association with Hope began in 1978. A 1964 graduate of Moody Bible Institute of Chicago, where he majored in Voice and Organ, he also received the Bachelor of Music Education degree from the University of Nebraska (1966). Further studies in theology culminated in Jack's ordination by the Evangelical Free Church of America (1975). Born in St. Louis, Missouri, he now resides in Wheaton, Illinois, with his wife, Karen. They have three children, Beth, Jonathan and Joel, and currently three grandchildren. Jack is the best selling choral composer in the Hope catalog. In addition to choral music Jack has published collections for keyboardists, instrumentalists and vocal soloists. He was a member of the editorial committee for Hope's most recent hymnal, WORSHIP & REJOICE (2001), in which he has 24 hymn credits. His music is heard in hundreds of churches across the country each Sunday, and he can be seen throughout the year as a guest clinician at choral reading sessions and workshops. --www.hopepublishing.com
Jack Schrader

b. 1939 Person Name: F. B. J. Arranger of "SINFONIA-BRAHMS" in Celebremos Su Gloria See also Felipe Blycker J. ========== Philip W. Blycker (b. 1939) is a song writer from Texas who with his wife served as missionaries in Venezuela. They were a major force behind an outpouring of traditional hymn texts written to Latin American music. He joined Camino Global in 1966 and in 1989 became the Music Editor of the Spanish hymnal, Celebremos Su Gloria. He contributed more than a dozen songs to Mil Voces, the Spanish language hymnal of the United Methodist Church. In 2004 they joined the music faculty of the Rio Grande Bible Institute of Edinburg, Texas, on the Mexican border. Sing! A New Creation
Philip W. Blycker

Author of "Come to the Table" in Discipleship Ministries Collection The Reverend F. Richard Garland is a retired United Methodist pastor. He and his wife, Catherine Sprigg, a Certified Registered Nurse Anesthetist, live in North Kingstown, RI. Dick was born and raised in Fort Wayne, Indiana, and is a lifelong Methodist. A graduate of Garrett Theological Seminary, he interned in Chicago and then served churches in Indiana, Rhode Island, Massachusetts, and Connecticut. He continues to preach on occasion, provide coverage in emergency pastoral situations, and write a monthly essay, "From Where I Sit" for the newsletter of the North Kingstown UMC. He has been a contributor to The Upper Room. Dick is a lifelong hiker who still climbs in the mountains of New Hampshire. At home, he spends a great deal of time in his flower gardens. He has sung with the Rhode Island Civic Chorale and Orchestra and is a member of the Fellowship of United Methodists in Music and Worship Arts. Dick wrote his first hymn, a children's song, in a seminary music class with Austin C. Lovelace, and he has written poetry for many years. He began writing hymns for use in his churches about twenty years ago, but did not submit them for publication until 2006, after being encouraged to do so by a classmate and friend. Many of his texts are inspired by the seasons of the church year, particularly Christmas and Easter, and by Scriptures from the Lectionary. In April of 2007, an appeal from a clergy colleague for a memorial hymn in response to the shootings at Virginia Tech University resulted in the creation of his hymn, In Grief and Aching Sorrow, set to the tune, Passion Chorale by J.S. Bach. Once, his pastor, frustrated in trying to find enough hymns to go with the Good Samaritan story in Luke 10:25-37, asked him to write a new hymn for a service. The result was his hymn, "When We Would Neighbor Be." On a dare from a colleague, he revealed a whimsical side by writing a hymn for Groundhog Day, "Praise the Lord for Woodland Creatures." His hymn, "I Have a Dream," was written to celebrate the 50th Anniversary of the address by The Rev. Dr. Martin Luther King, Jr. He has written a series of texts based on the selections from the Letters to the Ephesians and to the Philippians found in the New Revised Common Lectionary. F. Richard Garland
F. Richard Garland

b. 1949 Person Name: Mark L. Belletini, 1949- Author of "Earth Is Our Homeland" in Singing the Living Tradition
Mark Belletini