Switch back to the old search page.Advanced Search
Planning worship? Check out our sister site, ZeteoSearch.org, for 20+ additional resources related to your search.
Showing 1 - 3 of 3Results Per Page: 102050 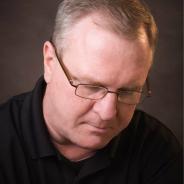 b. 1948 Author of "People Need the Lord" in The Worshiping Church Greg Nelson (born September 10, 1948) is a music producer from Nashville, Tennessee. Overview and early career Nelson was born in Bismarck, North Dakota. He has produced recordings for Christian and theatrical artists including Sandi Patty, Steve Green, Larnelle Harris, Twila Paris, Michael Crawford and Richard Smallwood as well as multiple artist recordings with Amy Grant, Steven Curtis Chapman, Michael W. Smith, CeCe Winans, Graham Kendrick, Jennifer Holliday, Wintley Phipps, Máire Brennan, Kathie Lee Gifford and the American Boychoir. Nelson headed Spirit Records, a division of Sparrow Records, with artists Benny Hester and Albrecht, Roley and Moore. He went on to co-found Refuge Records in 1980 with Jack Hafer, another Sparrow employee. In addition, he served as the first publishing director for Billy Ray Hearn at Sparrow. As an arranger/orchestrator Nelson composed the "Prelude" to John Michael Talbot's “Last Supper” and later created string arrangements for various gospel and contemporary Christian artists. Production Nelson has produced 13 gold records and 3 platinum records. He has received 20 Dove Awards as well as over 30 nominations. In addition his productions have garnered 7 Grammy Awards and 13 Grammy nominations for Sandi Patty and Larnelle Harris. He has received song, songwriter and publisher awards from Broadcast Music Incorporated (BMI), the Nashville Songwriters Association and the Gospel Music Association. He received a BMI "Special Contribution Award" in appreciation of his many outstanding contributions to the world of Christian music. He was the third recipient of the Gospel Music Association “Impact Award” for his outstanding work and influence in the contemporary Christian music industry. His productions of The New Young Messiah and Emmanuel have been successful Christmas tours featuring many high-profile Christian artists. Songwriting Nelson, a well-known composer in Christian music, has penned several hymns in The Celebration Hymnal and the Baptist Hymnals. "People Need The Lord", written by Phill McHugh and Nelson, is considered a Christian classic[citation needed]. His modern oratorio, "Saviour", co-written with Bob Farrell, continues to tour in the United States, Europe and Russia. Hallel (A Musical Suite for Chamber Orchestra, Chamber Choir and Soloists) is his most recent major composition which is orchestrated by Ronn Huff. Greg also co-wrote the #1 Larnelle Harris song 'All Along the Way'[3]with Dan Schafer, from the album 'First Love' that he produced, which reached the No. 1 spot for 5 weeks on the CCM Christian Inspirational chart and No. 6 for the top songs of 1998. Current work Nelson began serving in a dual role at LifeWay Worship in 2004 as an exclusive songwriter and as Creative Supervisor for song and writer development. His work at LifeWay has included recording over 1000 hymns and worship songs for the creation of the 2008 Baptist Hymnal and the associated website. Nelson supervised the production of this recording, the largest recording project ever in Nashville, which took 10 months to complete with five production teams. The "SongMap" technology developed by LifeWay Christian Resources is based on his ideas of song manipulation. --en.wikipedia.org/
Greg Nelson