OUT OF DARKNESS INTO DAY

Composer: Wm. B. Blake Appears in 1 hymnal Hymnal Title: Bible School Hymns and Sacred Songs for Sunday Schools and Other Religious Services Used With Text: Come, O, come, I am the light
OUT OF DARKNESS INTO DAY

[Out of darkness into light]

[Out of darkness into light] 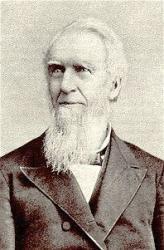