Author: Jan Struther (1901-1953) Meter: 10.11.11.12 Appears in 75 hymnals Scripture: Mark 6:3 Topics: The Activity of God God in human experience; God in daily living; Jesus Names and images for; Stages of Life Used With Tune: MINIVER
Lord of all hopefulness, Lord of all joy

When Jesus the Healer

Jesus' hands were kind hands, doing good to all

O God, in a Mysterious Way

Author: William Cowper Hymnal: Glory to God #30 (2013) Meter: 8.6.8.6 Scripture: Mark 6:1-13 Lyrics: 1 O God, in a mysterious way great wonders you perform. You plant your footsteps in the sea and ride upon the storm. 2 Deep in unfathomable mines of never-failing skill, you treasure up your bright designs and work your sovereign will. 3 O fearful saints, fresh courage take. The clouds you so much dread are big with mercy and shall break in blessings on your head. 4 Our unbelief is sure to err and scan your work in vain. You are your own interpreter, and you will make it plain. Topics: Creation; Mercy; Providence; Sovereignty of God Languages: English Tune Title: DUNDEE
O God, in a Mysterious Way

God Moves in a Mysterious Way

Break Now the Bread of Life 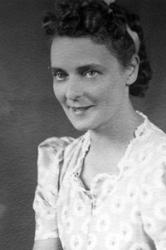 1901 - 1953 Person Name: Jan Struther (1901-1953) Scripture: Mark 6:3 Author of "Lord of all hopefulness, Lord of all joy" in Church Hymnary (4th ed.) Jan Struther, given name: Joyce Torrens-Graham (b. Westminster, London, England, 1901; d. New York, NY, 1953) wrote many poems and essays under the pen name of Jan Struther (derived from her mother's maiden name, Eva Anstruther). In addition to her pen name, Struther also had the married names of Mrs. Anthony Maxtone Graham and, from a second marriage, Mrs. Adolf Kurt Placzek. During World War II she moved with her children to New York City and remained there until her death. In England she is best known for her novel Mrs. Miniver (1940), which consists of sketches of British family life before World War II. Immensely popular, the book was later made into a movie. Struther also wrote comic and serious poetry, essays, and short stories, published in Betsinda Dances and Other Poems (1931), Try Anything Twice (1938), The Glass Blower (1941), and, posthumously, The Children's Bells (1957). Songs of Praise (1931) included twelve of her hymn texts. Bert Polman
Jan Struther

1903 - 2000 Person Name: Fred Pratt Green, 1903-2000 Scripture: Mark 6:13 Author of "O Christ, the Healer, We Have Come" in Worship and Rejoice The name of the Rev. F. Pratt Green is one of the best-known of the contemporary school of hymnwriters in the British Isles. His name and writings appear in practically every new hymnal and "hymn supplement" wherever English is spoken and sung. And now they are appearing in American hymnals, poetry magazines, and anthologies. Mr. Green was born in Liverpool, England, in 1903. Ordained in the British Methodist ministry, he has been pastor and district superintendent in Brighton and York, and now served in Norwich. There he continued to write new hymns "that fill the gap between the hymns of the first part of this century and the 'far-out' compositions that have crowded into some churches in the last decade or more." --Seven New Hymns of Hope , 1971. Used by permission.
Fred Pratt Green