Switch back to the old search page.Advanced Search
Planning worship? Check out our sister site, ZeteoSearch.org, for 20+ additional resources related to your search.
Showing 1 - 8 of 8Results Per Page: 102050

Person Name: Anon. Author of "Easter flowers are blooming bright" in Gloria In some hymnals, the editors noted that a hymn's author is unknown to them, and so this artificial "person" entry is used to reflect that fact. Obviously, the hymns attributed to "Author Unknown" "Unknown" or "Anonymous" could have been written by many people over a span of many centuries.
Anonymous 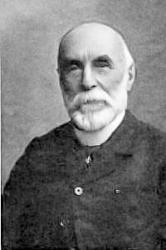 1825 - 1889 Person Name: Frederick A. G. Ouseley Composer of "[Easter flowers are blooming bright]" in The Parish School Hymnal Born: August 12, 1825, London, England. Died: April 6, 1889, Hereford, England. Buried: Church of St. Michael and All Angels, Tenbury Wells, Hereford and Worcester, England. Gore-Ouseley was educated at Oxford University (BA 1846, MA 1849, DMus 1854), and was ordained in 1849. In 1855, he was appointed Oxford Professor of Music, succeeding Henry Bishop. At that time, Oxford music degrees were easy to obtain, as there were no conditions of residence. Candidates only had to submit a musical composition, (e.g., for choir or orchestra). This was then approved by the examiner, rehearsed and performed to a small, select audience at Oxford. As far as Ouseley was concerned, this only meant two or three trips to Oxford each year, usually for two or three days each time, as there was no music "taught" in the university and very little in Oxford itself at the time. Also in 1855, Ouseley was appointed Precentor of Hereford Cathedral, a post he held for the next 30 years, before becoming a Canon there. Although theoretically in charge of the cathedral choir, Ouseley only had to be in residence at the cathedral two months each year, and he arranged these to take place during the summer vacation, when he was not required to be at his College, although such was his commitment that he did make regular visits to the cathedral, which was only 18 miles from his College at St. Michael’s. His College of St. Michael’s, Tenbury, a "model" choir school, opened in 1856, mostly at his own expense. He founded the College and was its first Warden, which was the greater part of his work for the next 33 years. Ouseley’s compositions covered a wide range: operas, songs, chamber music and organ pieces. His works include the following treatises: Harmony (London: 1868) Counterpoint (London: 1869) Canon and Fugue (London: 1869) Form and General Composition (London: 1875) --www.hymntime.com/tch/
F. A. Gore Ouseley

Author of "Easter Flowers Are Blooming Bright" in The Cyber Hymnal
Mary A. Nicholson

Composer of "[Easter flow'rs are blooming bright]" in The New Hosanna
O. B. Brown