Switch back to the old search page.Advanced Search
Planning worship? Check out our sister site, PreachingandWorship.org, for 20+ additional resources related to your search.
Showing 51 - 60 of 208Results Per Page: 102050 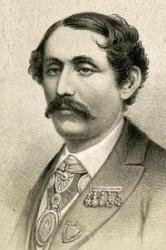 1829 - 1869 Scripture: 2 Corinthians 12:9 Composer of "GOTTSCHALK (MERCY)" in The Hymnal Louis Moreau Gottschalk USA 1829-1869. Born in New Orleans, LA, to a Jewish father and Creole mother, he had six siblings and half-siblings. They lived in a small cottage in New Orleans. He later moved in with relatives (his grandmother and a nurse). He played the piano from an early age and was soon recognized as a prodigy by new Orleans bourgeois establishments. He made a performance debut at the new St. Charles Hotel in 1840. At 13 he left the U.S. And went to Europe with his father, as they realized he needed classical training to fulfill his musical ambitions. The Paris Conservatory rejected him without hearing him play on the grounds of his nationality. Chopin heard him play a concert there and remarked, “Give me your hand, my child, I predict that you will become the king of pianists. Franz Liszt and Charles Valentin Alkan also recognized his extreme talent. He became a composer and piano virtuoso, traveling far and wide performing, first back to the U.S., then Cuba, Puerto Rico, Central and South America. He was taken with music he heard in those places and composed his own. He returned to the States, resting in NJ, then went to New York City. There he mentored a young Venezuelan student, Carreno, and became concerned that she succeed. He was only able to give her a few lessons, yet she would remember him fondly and play his music the rest of her days. A year after meeting Gottschalk, she performed for President Lincoln and went on to become a renowned concern pianist, earning the nickname “Valkyrie of the Piano”. Gottschalk was also interested in art and made connections with notable figures of the New York art world. He traded one of his compositions to his art friend, Frederic Church, for one of Church's landscape paintings. By 1860 Gootschalk had established himself as the best known pianist in the New World. He supported the Union cause during the Civil War and returned to New Orleans only occasionally for concerts. He traveled some 95,000 miles and gave 1000 concerts by 1965. He was forced to leave the U.S. later that year as a result of a scandelous affair with a student at Oakland Female Seminary in Oakland, CA. He never came back to the U.S. He went to South America giving frequent concerts. At one, in Rio de Janeiro, Brazil, he collapsed from yellow fever as he played a concert. He died three weeks later, never recovering from the collapse, possibly from an overdose of quinine or an abdominal infection. He was buried in Brooklyn, NY. Though some of his works were destroyed or disappeared after his death, a number of them remain and have been recorded by various artists. John Perry
Louis M. Gottschalk

1903 - 2000 Person Name: Fred Pratt Green, 1903-2000 Scripture: 2 Corinthians 12:7-10 Author of "O Christ, the Healer, We Have Come" in Worship and Rejoice The name of the Rev. F. Pratt Green is one of the best-known of the contemporary school of hymnwriters in the British Isles. His name and writings appear in practically every new hymnal and "hymn supplement" wherever English is spoken and sung. And now they are appearing in American hymnals, poetry magazines, and anthologies. Mr. Green was born in Liverpool, England, in 1903. Ordained in the British Methodist ministry, he has been pastor and district superintendent in Brighton and York, and now served in Norwich. There he continued to write new hymns "that fill the gap between the hymns of the first part of this century and the 'far-out' compositions that have crowded into some churches in the last decade or more." --Seven New Hymns of Hope , 1971. Used by permission.
Fred Pratt Green 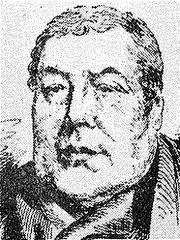 1740 - 1816 Person Name: Samuel Webbe, the elder, 1740-1816 Scripture: 2 Corinthians 12:9 Composer of "MELCOMBE" in Singing the Faith Samuel Webbe (the elder; b. London, England, 1740; d. London, 1816) Webbe's father died soon after Samuel was born without providing financial security for the family. Thus Webbe received little education and was apprenticed to a cabinet­maker at the age of eleven. However, he was determined to study and taught himself Latin, Greek, Hebrew, French, German, and Italian while working on his apprentice­ship. He also worked as a music copyist and received musical training from Carl Barbant, organist at the Bavarian Embassy. Restricted at this time in England, Roman Catholic worship was freely permitted in the foreign embassies. Because Webbe was Roman Catholic, he became organist at the Portuguese Chapel and later at the Sardinian and Spanish chapels in their respective embassies. He wrote much music for Roman Catholic services and composed hymn tunes, motets, and madrigals. Webbe is considered an outstanding composer of glees and catches, as is evident in his nine published collections of these smaller choral works. He also published A Collection of Sacred Music (c. 1790), A Collection of Masses for Small Choirs (1792), and, with his son Samuel (the younger), Antiphons in Six Books of Anthems (1818). Bert Polman
Samuel Webbe

1735 - 1793 Person Name: B. Münter, 1735-1793 Scripture: 2 Corinthians 12:9 Author of "Mein glaub ist meines lebens ruh" in Deutsches Gesangbuch für die Evangelisch-Luterische Kirche in den Vereinigten Staaten Münter (Muenter), Balthasar , born of Lorenz Münter, merchant in Lübeck, was born at Lübeck, March 24, 1735. He entered the University of Jena as a student of theology in 1754, graduated M.A. in 1757, and thereafter became lecturer and adjunct of the philosophical faculty. In 1760, Duke Friedrich III., of Gotha, appointed him assistant court preacher, and preacher at the Orphanage in Gotha, and then, in 1763, Superintendent at Tonna (Gräfen-Tonna) near Gotha. In 1765 he became first preacher at the German Church of St. Peter in Copen¬hagen, receiving, in 1767, the degree of d.d. from the University. He died at Copenhagen, Oct. 5, 1793 (Koch vi. 348; Allgemeine Deutsche Biographie xxiii. 33, &c). Münter was a very popular and influential preacher, a true pastor and teacher of practical Christianity, a successful religions instruptor of children, an active friend of the poor, a man of culture and one of the most prominent figures in the literary society of Copenhagen. His hymns, 100 in number, are among the best of the period, were highly esteemed by his contemporaries, and many still survive in German hymnals compiled before 1876 and still in use. They appeared in his two works: (1) Geistliche Lieder. Leipzig, 1772. (2) Zwote Sammlung Geistlicher Lieder . Leipzig, 1774. [Both in Royal Library, Berlin.] In 1773, the first 60 were republished at Leipzig set to melodies composed for them by the most famous musicians of the day; and the second 50 were republished at Leipzig in 1774 set to melodies composed for them by J. C. F. Bach, of Bückeburg. Of Münter's hymns the following have passed into English:— i. Seht welch' ein Mensch! Wie lag so schwer. Christ before Pilate . 1774, No. 6, p. 21, in 10 st. of 7 1. Included in full in the Schleswig Holstein Gesang-Buch 1780; and, reduced to 5 st., in the Berlin Gesang-Buch, 1829. Translated as :— Behold the Man! How heavy lay. In full, by Dr. H. Mills, in his Horae Germanica, 1845 (1856, p. 307), repeated, abridged, in the American Lutheran General Synod's Collection , 1850, and the Ohio Lutheran Hymnal, 1880. ii. Zitternd, doch voll sanfter Freuden. Holy Communion . 1772, No. 19, p. 67, in 9 st. of 8 1., entitled "Communion Hymn” In the Berlin Gesang-Buch
Balthasar Münter

b. 1959 Person Name: Dennis L. Jernigan, 1959- Scripture: 2 Corinthians 12:10 Author of "You Are My All in All" in Worship and Rejoice Born: 1959, Sapulpa, Oklahoma. You may not recognize the name or the face of Dennis Jernigan, but there is a good chance you know some of his music. Songs like “We Will Worship the Lamb of Glory”, “Thank You”, “Great is the Lord Almighty”, “Who Can Satisfy My Soul (There is a Fountain), “I Belong to Jesus”, “Nobody Fills My Heart Like Jesus”, and “You Are My All in All” have been sung widely by the body of Christ since the early 1990s. Having written hundreds of songs (even though Jernigan does not see himself as a song writer but, rather, a song “receiver”), there is so much more to the man than simply a musician. Dennis has given a great deal of his life to setting the spiritually captive free. Having walked out of a homosexual identity and into that of a new creation, he is convinced that with God NOTHING is impossible. Through the sharing of his story and the sharing of the stories behind the songs, Dennis Jernigan has watched literally thousands walk out of all manner of spiritual bondage and has watched literally thousands of desperate, wounded people find healing through intimacy with Jesus Christ. If you lead people to freedom, they WILL worship. Dennis Jernigan has been married to Melinda for 29 years. Together they have nine children (and no, they are not Mormon or Catholic and the children are not adopted…and yes, they know what causes that…and yes, they like it!). The Jernigans decided a long time ago that Dennis’s first priority was that of husband and father so he never truly toured and they chose not to live in Nashville…not that there’s anything wrong with any of that! This was simply the Jernigan’s mandate from the Lord as they saw it. Perhaps that’s why you do not know who he is. And that’s just fine with him. The life message of Dennis Jernigan can be summed up in one word. Freedom. That freedom has come with a price. Jernigan was born again through his faith in Jesus Christ…but the reality is that the battle for freedom from the lies of the enemy regarding his past identity has been ongoing. His greatest joy has come in seeking intimacy with Jesus Christ – and in the process, discovering greater depths of freedom than he ever realized. http://www.dennisjernigan.com/aboutdj (excerpts)
Dennis L. Jernigan

b. 1952 Scripture: 2 Corinthians 12:9 Author of "My Soul Cries Out (Canticle of the Turning)" in More Voices
Rory Cooney 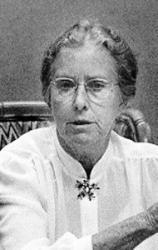 b. 1952 Person Name: Michael Ledner, twentieth century Scripture: 2 Corinthians 12:10 Author of "You Are My Hiding Place" in The Covenant Hymnal
Michael Ledner