Author of "Dear Lord, on this thy day of days"
Haydee Wolf 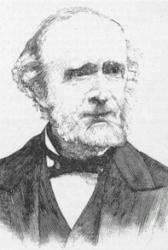 Composer of "[Go and sin no more, you are raised to life]" in Glad News
Alfred Wolfe