Author of "Rise and let us onward go"
A. T. Worden

Composer of "[Saviour, I’m weak and weary]" in Revival Hymns
B. T. Worden

Author of "Guideth Me"
Fred A. Worden 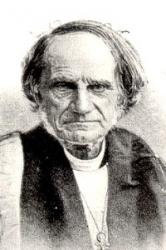 1840 - 1932 Person Name: Elizabeth Wordsworth Versifier of "God is our stronghold and our stay" in The Hymnal Wordsworth, Elizabeth, daughter of Bp. C. Wordsworth, of Lincoln, was b. at Harrow in 1840, and is now (1907) the Head of the Lady Margaret Hall, Oxford. The following of her hymns are in common use:— 1. God is our Stronghold and our Stay. [Ps. xlvi.] This is a metrical rendering of the Book of Common Prayer version of the forty-sixth Psalm in the Metre of "Ein' feste Burg." It was written for and first published in Church Hymns, 1903. Miss Wordsworth's translation direct from the German of "Ein' feste Burg," is given under that hymn. 2. Great Ruler of the Nations. [For Peace.] Written during the South African war, and included in Church Hymns, 1903. 3. O Lord our Banner, God of Might. [In Time of War.] Miss Wordsworth wrote concerning this hymn: "To the best of my knowledge and belief, I wrote it in the winter of 1884-5, when the excitement about General Gordon was at its height. . The lines ‘Jehovah-Nissi' appeared in the Guardian of Jan. 21, 1885, feigned ‘Veritas.' This is our family motto, and as such was well known to my own famiiy circle" (Church Times, Nov. 17, 1899). The hymn was frequently printed as a leaflet, and entitled "Jehovah-Nissi. A hymn for our Soldiers." It was included in Church Hymns, 1903. --John Julian, Dictionary of Hymnology, New Supplement (1907)
Dame Elizabeth Wordsworth 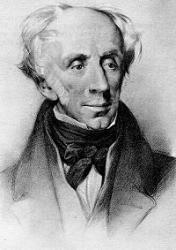 1770 - 1850 Author of "Blest are the moments, doubly blest" in The Hymnal Wordsworth, William, the poet, the son of an attorney, was born at Cockermouth in 1770, and educated at St. John's College, Cambridge, where he graduated B.A. in 1791. Devoting himself to literature, and especially to poetry, he gradually rose into the front rank of English poets. His works include Lyrical Ballads, 1798; Poems; The Prelude; The Excursion, 1814, &c. All his poetical productions were collected and republished under his own supervision in 7 vols., in 1842. He died at Kydal Mount, near Grasmere, in 1850. Notwithstanding his rank and reputation as a poet, his pieces used as hymns are limited to the following extracts from his poems:— 1. Not seldom clad in radiant vest. Christ, the Unchangeable. This is No. v. of five "Inscriptions supposed to be found In and near a Hermit's cell, 1818." It is in 5 stanzas of 4 lines, and is given in his Poetical Works, 1831, vol. iii., p. 290. It is in Stowell's Selection of Hymns, 1831-77; the American Plymouth Collection, 1855, &c. 2. Up to the throne of God is borne. Noonday. This is entitled "The Labourer's Noon-Day Hymn," is dated 1834, and is in 6 stanzas of 4 lines. (Poetical Work, 1837, vol. v. p. 122.) It is in common use in an abridged form, beginning with stanza i., and the latter part is also given in Martineau's Hymns, 1840, as "Look up to heaven, the industrious sun," as No. 535. -- John Julian, Dictionary of Hymnology (1907)
William Wordsworth

Author of "The worst of evils we can name"
Ann Worgan