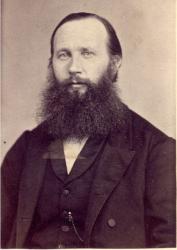 Wexels, Wilhelm Andreas. (Copenhagen, Denmark, March 29, 1797--May 14, 1866, Oslo, Norway). Lutheran. After studies in Copenhagen and Christiana (Oslo), became catechist and curate of Our Savior's Lutheran Church in Christiana. Preached against the inroads of rationalism, emphasizing the need for spiritual revival. Church historians claim that his ministry was the turning point in the Church of Norway. Failed in his attempt to give Norway a hymnal, but many of his hymns survived.