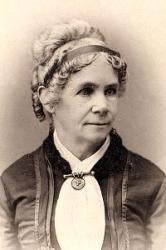 Shindler, Mary Stanley Bunce, née Palmer, better known as Mrs. Dana, was born in Beaufort, South Carolina, Feb. 15, 1810. In 1835 she was married to Charles E. Dana, of New York, and removed with him to Bloomington, now Muscatine, Iowa, in 1838. Mr. Dana died in 1839, and Mrs. Dana returned to South Carolina. Subsequently she was married to the Rev. Robert D. Shindler, who was Professor in Shelby College, Kentucky, in 1851, and afterwards in Texas. Mrs. Shindler, originally a Presbyterian, was for some time an Unitarian; but of late years she has been a member of the Protestant Episcopal Church. As Mary S. B. Dana she published the Southern Harp, 1840, and the Northern Harp, 1841. From these works her hymns have been taken, 8 of which are in T. O. Summers's Songs of Zion, 1851. The best known are:—
1. Fiercely came the tempest sweeping. Christ stilling the storm. (1841.)
2. I'm a pilgrim, and I'm a stranger. A Christian Pilgrim. (1841.)
3. O sing to me of heaven. Heaven contemplated. (1840.) Sometimes given as "Come, sing to me of heaven." [Rev. F. M. Bird, M.A.]

Mary S. B. Shindler (also, Mary S. B. Dana and Mary Dana Shindler; 15 February 1810 – 1883) was an American poet, writer, and editor of the southern United States. She was a frequent contributor to popular periodicals, and a successful hymnwriter of the mid-19th century.
Wikipedia Biography
TextsTunesHymnals