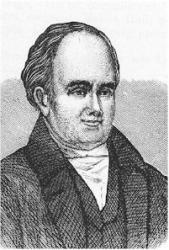 Ryland, John, D.D., son of Rev. John Collett Ryland, was born at Warwick, Jan. 29, 1753. At that time his father was Baptist minister at Warwick, but in 1759 removed to Northampton. "J. Ryland, junior," as for many years he was accustomed to subscribe himself, was in 1781 ordained co-pastor with his father at Northampton. In 1794 he accepted the presidency of the Baptist College and the pastorate of the church in Broadmead, Bristol, and these offices he retained until his death on June 25, 1825. Dr. Ryland was a man of considerable literary culture, and received the degree of D.D. from Brown University, Rhode Island. He was one of the founders of the Baptist Missionary Society, and for the three years following the death of Rev. A. Fuller, in 1815, acted as its secretary. His prose works were Memoirs of Rev. B. Hall, Arnsby (2nd ed., 1852); A candid statement of the reasons which induce Baptists to differ from their Christian brethren; and many Sermons and Charges. After his death appeared 2 vols. of Discourses, selected from his manuscripts, and entitled Pastoral Memorial. To these discourses are appended many of his hymns, with their dates. Dr. Ryland's hymns were composed at different times, from his sixteenth year to the year of his death. The earliest were published when he was 16, in his Serious Essays, 1771. These 36 hymns were never republished. Several appeared in the Gospel Magazine from 1771 to 1782, and the Protestant Magazine, 1782-83; others in Rippon's Baptist Selection, 1787; 2 in the Collection for the Monthly Prayer Meeting at Bristol, 1797 ; 2 in Andrew Fuller's Memoirs, 1831; and 25 in the Pastoral Memorials, 1825. His Hymns and Verses on Sacred Subjects, to the number of 99, were reprinted from his mss. by D. Sedgwick, and were published, with a Memoir, in 1862. The hymns are dated therein from the mss. [Rev. W. R. Stevenson, M.A.]