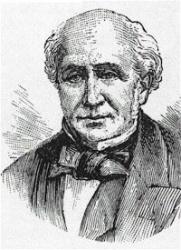 Rawson, George, was born June 5, 1807, at Leeds, in which town he practised for many years as a solicitor. In 1853 he assisted the Congregational ministers of Leeds in the compilation of Psalms, Hymns, and Passages of Scripture for Christian Worship, a volume commonly known as the Leeds Hymn-book. Mr. Rawson was a member of the Congregational body. In 1858 he also assisted Rev. Dr. Green and other Baptist ministers in the preparation of Psalms and Hymns for the use of the Baptist Denomination. A number of Mr. Rawson's own compositions first appeared in this and in the Leeds Hymn-book In 1876 he published his Hymns, Verses and Chants (Hodder and Stoughton, London), including his previously published hymns, and containing (exclusive of chants) 80 original pieces. In 1885 most of these, with several additional hymns, were published by the R. T. S. under the title Songs of Spiritual Thought. Mr. Rawson died March 25, 1889.

His hymns are distinguished by refinement of thought, and delicacy and propriety of language; and if they do not attain the first rank among the songs of the Christian Church, many are of great excellence. The most widely known are, "By Christ redeemed, in Christ restored;" "Come to our poor nature's night;" "Father in high heaven dwelling;" "In the dark and cloudy day;" and "Reaper, behold the fields are white." In the Leeds Hymn-book, 1853, and the Baptist Psalms & Hymns, 1858, there are also several recasts of and additions to the hymns of other writers. In addition to Mr. Rawson's hymns which are annotated under their respective first lines, the following are also in common use:-

i. From the Leeds Hymn-book, 1853.
1. Captain and Saviour of the host. Burial.
2. Give dust to dust: and here we leave. Burial.
3. God the Lord is King-—before him. Ps. xcix.
4. In the dark and cloudy day. Consolation.
5. Soul, thy week of toil is ended. Saturday Evening.
6. Though the night be very long. Resignation.

ii. From the Baptist Psalms & Hymns, 1858.
7. Beautiful, desired, and dear. Public Worship.
8. Blessed are they who have not seen. Faith.
9. Blessed is the faithful heart. Faithfulness.
10. Christ to heaven is gone before. Ascension.
11. God the Father, be Thou near. Evening.
12. He fell asleep in Christ the Lord. Burial.
13. Immersed beneath the closing wave. Holy Baptism.
14. Lord, we bless Thee, Who hast given. Holy Communion.
15. My Father God, with filial awe. Abiding in God.
16. Our eyes we lift up to the hills. The Lord the Pastor's Keeper.
17. Reaper, behold the fields are ripe [white] . Missions.
18. Rise, heart, thy Lord arose. Sunday.
19. Upon the holy mountains high. Security of the Church.

iii. From the Leeds Sunday School Hymn Book, 1858.
20. And will [How shall] the mighty God. The Holy Ghost.
21. Jesus, the Lord, our Righteousness. Jesus, the children's Friend.
22. O Thou Good Shepherd. The Good Shepherd.

Mr. Rawson is represented by about 50 hymns in the collections of the present day. It must be noted that in the Hymns, &c, 1876, and in the Songs, &c, 1885, the texts of the hymns have been revised, and in several instances been weakened thereby. [Rev.W. R. Stevenson, M.A.]