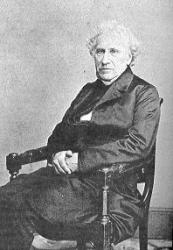 Mühlenberg, William Augustus, D.D., son of the Rev. Dr. Mühlenberg, and grandson of Henry Melchior Mühlenberg, the patriarch of Lutheranism in America, was born in Philadelphia Sept. 16, 1796. He graduated at the University of Pennsylvania in 1814. Entering Holy Orders in 1817, he was successively Assistant Rector of St. James's Lancaster, 1823; Rector of the Church of the Holy Communion, New York, 1843; St. Paul's College, Flushing (1828); St. Luke's Hospital, New York (1855); St. John's and Long Island (1865), were established by him. He died April 6, 1877. His poetical gift was genuine, but not largely used. In 1826 he contributed four hymns to the Prayer Book Collection (of which he was one of the Committee). His Poems appeared in 1859. He had previously published Church Poetry, 1823; and The People's Psalter, 1858. I would not live alway followed in 1859 (revised in 1871). This last contains 26 pieces, the hymns in the Prayer Book Collection, 1826, with the exception of "I would not live alway," being omitted. The following are his principal lyrics:—
1. Carol, brothers, carol. Christmas Carol. "Made for the boys of St. Paul's College—-the Chorus adapted from one of the Rev.[Bishop] A.C. Coxe's Christian Ballads"-—in 1840.
2. How short the race our friend has run. Death of a Young Person. Contributed to the Prayer Book Collection, 1826.
3. I would not live alway. Eternal rest desired. Four texts of this poem are extant: 1st the Original; 2nd the version given in the Prayer Book Collection, 1826; 3rd the author's revised version of 1859; and 4th his rewritten text of 1871, the second of these being that known to the hymnbooks. The history of the poem is somewhat complicated. We quote it here as given by us in the History of the American Episcopal Church, 1885, p.637, as we have nothing further to add thereto:-—

"The most famous of these (Dr. Mühlenberg's hymns) was probably first written. 'I will not live alway' has an intricate history, which was not simplified by the author's lapse of memory in his later years. In his brief ‘story of the hymn,' printed with its ‘evangelized’ text in 1871, every date is wrong by two or three years; and his assertion, ‘The legend that it was written on an occasion of private grief is a fancy,' hardly agrees with the clear and minute recollections of persons of the highest character, still living, and who knew the circumstances thoroughly. The date of composition assigned, 1824, is probably (not certainly) correct; it was written at Lancaster, in a lady's album, and began:—

I would not live alway; no, no, holy man,
Not a day, not an hour, should lengthen my span.'

In this shape it seems to have had six eight-line stanzas. The album was still extant in 1876, at Pottstown, Pa., and professed to contain the original manuscript. Said the owner's sister, ‘It was au impromptu. He had no copy, and, wanting it for some occasion, he sent for the album.' In 1826 he entrusted his copy to a friend, who called on him on the way from Harrisburg to Philadelphia, to carry to the Episcopal Recorder, and in that paper it appeared June 3, 1826 (not 1824). For these facts we have the detailed statement of Dr. John B. Clemson, of Claymont, Del., the Ambassador mentioned, who also chances to have preserved that volume of the paper. Thus appearing (without name) it was adopted by the sub-committee [of the Prayer Book Collection, 1826]. When their report was presented to the entire committee in 1826—-not 1829, as Dr. Mühlenberg had it—-'each of the hymns was passed upon. When this came up one of the members remarked that it was very sweet and pretty, but rather sentimental, upon which it was unanimously thrown out. Not suspected as the author, I voted against myself. That, I supposed, was the end of it.’ The committee, which sat until late at night at the house of Bishop White, agreed upon their report to the Convention, and adjourned. But the next morning Dr. Onderdonk (who was not one of their number, but who, on invitation, had acted with the sub-committee, which in fact consisted of him and myself), called on me to inquire what had been done. Upon my telling him that among the rejected hymns was this one of mine, he said, 'That will never do,' and went about among the members of the committee soliciting them to restore the hymn in their report, which accordingly they did; so that to him is due the credit of giving it to the Church.' As thus adopted it was a small and altered selection from the original lines, made by Dr. Onderdonk ‘with some revision' by the author. He was never satisfied with these texts, but revised the poem in 1859, and re¬wrote it in 1871….The authorship of this, as of many another popular lyric, has been disputed. The claim of Henry Ward, a printer of Lichfield, Conn., has been vehemently urged, and revived but a few years ago. Of course it is unsupported by adequate evidence. When Dr. Mühlenberg was asked to assure ‘some of his brethren, editors of Church papers,' of his paternity, his manly reply was, ‘If they thought I was capable of letting the work of another pass for so many years as my own, they would not be sure of anything I might say.'"

"at the particular request of Bishop Hobart, who wanted something that would go to the tune by Avison, then popular, to the words of Moore, ‘Sound the loud timbrel,' &c. He liked the verses I made so well that he had them struck off before the hymns (Prayer Book Collection] were published, and sung in Trinity Church on Christmas day."