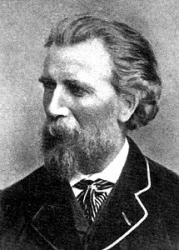 Son of an illiterate canal boatman, Massey went to work for a silk manufacturer at age eight. After the factory burned down, Massey began work plaiting straw.

"Having had to earn my own dear bread by the eternal cheapening of flesh and blood thus early, I never knew what childhood meant. I had no childhood. Ever since I can remember, I have had the aching fear of want, throbbing heart and brow. The currents of my life were early poisoned, and few, methinks, would pass unscathed through the scenes and circumstances in which I have lived; none, if they were as curious and precocious as I was. The child comes into the world like a new coin with the stamp of God upon it…the poor man’s child [is] hustled and sweated down in this bag of society to get wealth out of it…so is the image of God worn from heart and brow, and day by day the child recedes devil-ward. I look back now with wonder, not that so few escape, but that any escape at all, to win a nobler growth for their humanity. So blighting are the influences which surround thousands in early life, to which I can bear such bitter testimony."

Despite his hard beginnings, Massey learned to read at a "penny school," with the Bible and Bunyan being his principal resources. Afterward he obtained access to Robinson Crusoe and a few Wesleyan tracts left at his cottage. These constituted his only sources until he went to London at age 15. With access to more reading material, he flourished, absorbing the classics and other influences. In 1849, Massey started a cheap journal, The Spirit of Freedom, written entirely by workingmen. He was fired from five different jobs for publishing it, but he was committed to the cause of the laborer. He eventually went on to publish poetry, as well. He is particularly known for his 6-volume trilogy on the origin of religions. His works include:

A Book of the Beginnings
The Natural Genesis
Ancient Egypt

Gerald Massey (/ˈmæsi/; 29 May 1828 – 29 October 1907) was an English poet and writer on Spiritualism and Ancient Egypt.
Wikipedia Biography
TextsTunesHymnals