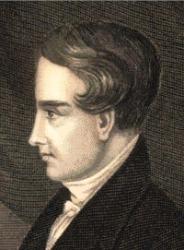 Robert Murray M'Cheyne (21 May 1813 – 25 March 1843) was a minister in the Church of Scotland from 1835 to 1843. He was born at Edinburgh on 21 May 1813, was educated at the University and at the Divinity Hall of his native city, and was assistant at Larbert and Dunipace. A mission of inquiry among the Jews throughout Europe and in Palestine, and a religious revival at his church in Dundee, made him feel that he was being called to evangelistic rather than to pastoral work, but before he could carry out his plans he died, on 25 March 1843. McCheyne, though wielding remarkable influence in his lifetime, was still more powerful afterwards, through his Memoirs and Remains, edited by Andrew Bonar, which ran into far over a hundred English editions. Some of his hymns became well known and his B
Wikipedia Biography
TextsTunesHymnals