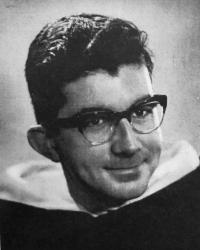 Father William Loperena was born in Moca, Puerto Rico on December 14, 1935. He was the middle son of Evaristo Loperena Ortega and America Soto Hernández. Raised in Aguadilla, Puerto Rico where he studied at the Colegio San Carlos. He attended the diocesan seminar San Ildefonso in Aibonito, Puerto Rico. Eventually joined the Order of Preachers known as Dominicans on August 16, 1955. Studied philosophy in Dover, Massachusetts, Washington and theology in Nijmegen, Holland. He became an ordained priest in the Netherlands on September 25, 1961.

In 1968, he composed a complete Catholic mass infused with cultural elements of Puerto Rico including folk music and deeply rooted traditions which he called Misa Jíbara that was recorded in the studio of the Dominican seminar in Bayamon, PR, and in the Church del Santo Cristo de la Salud in Comerío, PR.

Father William Loperena had vast knowledge of music and was a music composer of several genres including classical, folkloric and popular. His contribution to the music is recognized and appreciated throughout Puerto Rico, USA and Latin America, not only in Catholic Churches but also in the Protestant churches.

He was also a pianist, poet, playwright, writer, sociologist, and university professor.