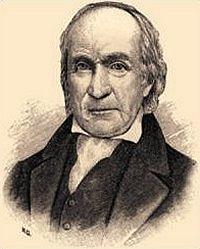 Leland, John, an American Baptist minister, was born at Grafton, Massachusetts, on May 15th, 1754, and began to preach at the age of 20. From 1776 to 1790 he was in Virginia, and thereafter in Massachusetts, mostly at Cheshire. He died Jan. 14, 1841. His Sermons, Addresses, Essays and Autobiography were published by his niece, Miss L. F. Greene, at Lanesboro, Massachusetts, in 1845. His influence seems to have been equalled by his peculiarities. We hear of his "restless activity and roving disposition"; his "mad devotion to politics," wherein he had much local and temporary weight; his "ready wit and endless eccentricities;" as also of his high character. Of the hymns which have been ascribed to him, some on doubtful authority, the following are the most important:—
1. The day is past and gone, The evening, &c. Evening. This is in universal American use, and Leland's claim to the authorship has never been disputed, although it is supported by no known particulars. It was first made widely known by the invaluable Hartford Selection (Congregational) of 1799. Its first appearance, so far as known, was in Philomela, or, A Selection of Spiritual Songs, by George Roberts, Petersburg,1792, No. 82.
2. 0 when shall I see Jesus! The Christian Race. This vigorous lyric is ascribed by Dr. Hitchcock, in Hymns and Songs of Praise, 1874, to Leland. It has generally been regarded as anonymous, and is of uncertain date, cir. 1807, or probably earlier.
3. Christians, if your hearts are warm. Holy Baptism. Adult. The only hymn by Leland which can be authenticated by date and circumstances is this familiar doggerel:— "Christians, if your hearts are warm, Ice and snow can do no harm."
Dr. Belcher says, in his Historical Sketches of Hymns, &c, 1859, that it was written for one of Leland's large baptisms in Virginia, 1779.
[Rev. Frank M. Bird, M.A.]