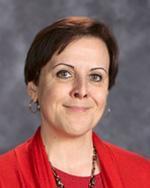 Diana Kodner Gokce holds a double M.M. in Music from Northwestern University specializing in voice/opera and conducting. As an undergraduate, Diana was a flute major at Northwestern University. She has been a flutist in the Minnesota Orchestra, performing under Leonard Slatkin, Stanislaw Skrowaczewski, and Jean-Pierre Rampal, to name but a few conductors. At the age of 17 Diana conducted the Minnesota Orchestra in a young people's concert as winner of the Urban Arts conducting competition.

For six years Diana was conductor and musical director of the Mozart Sinfonia. She has been a conductor of choirs at Loyola University, National-Louis University, and Holy Name Cathedral in Chicago.

Diana has authored several books including Handbook for Cantors (Liturgy Training Publications) and Sing God a Simple Song Volumes I and II (Treehaus Communications). She was the editor of A Sourcebook about Music and the Gather Comprehensive Hymnal, first edition (G.I.A. Publications). She was also the conductor for the choral recordings: Catholic Classics, V.I and II (G.I.A. Publications) and both flute and vocal soloist on the Taize recording "Wait for the Lord," from the same publisher.

Diana was senior editor of Clavier Magazine and the editor of both Flute Talk and Flute Explorer magazines (The Instrumentalist Company). As editor of Flute Talk Diana interviewed the great flutist Sir James Galway and Jazz flutist Steve Kujala.

Most recently Diana was music director for the DVD and CD series from Egghead Learning Systems: As I Grow, for children from birth to 18 months. For 11 years she was the music specialist at Baker Demonstration School in Wilmette, Illinois, and performed as a flutist in the chamber ensemble "Diletto Musicale." Beginning with the 2012-2013 school year, she is the middle school music teacher at The Frances Xavier Warde School, Holy Name Cathedral Campus in Chicago.