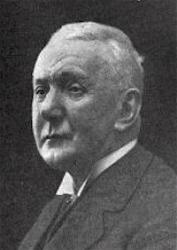 After receiving his musical training at the Royal Academy of Music, Robert Jackson (b, Oldham, Lancashire, England, 1840; d. Oldham, 1914) worked briefly as organist at St. Mark's Church, Grosvenor Square, in London. But he spent most of his life as organist at St. Peter's Church in Oldham (1868-1914), where his father had previously been organist for forty-eight years. A composer of hymn tunes, Jackson was also the conductor of the Oldham Music Society and Werneth Vocal Society.