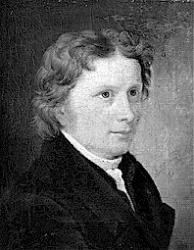 Ingemann, Bernhardt Severin, was born at Thor Kildstrup, Island of Falster, May 28, 1789. From 1822 to his death in 1862, he was Professor of the Danish Language and Literature at the Academy of Sorö, Zealand, Denmark. He was a poet of some eminence. His collected works were pub, in 1851, in 34 volumes. Seven of his hymns translated into English are given in Gilbert Tait's Hymns of Denmark, 1868. The only hymn by him in English common use is:—
Igjennem Nat og Traengael. Unity and Progress. It is dated 1825, and is given in the Nyt Tillaeg til Evangelisk-christelig. Psalmebog, Copenhagen, 1859, No. 502. In its translated form as "Through the night of doubt and sorrow," by the Rev. S. Baring-Gould, it has become widely known in most English-speaking countries. The translation was published in the People's Hymnal, 1861. It was greatly improved in Hymns Ancient & Modern, 1875, and has been specially set to music by several composers.