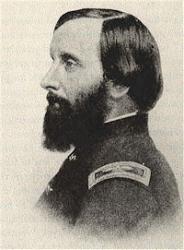 Higginson, Thomas Wentworth, M.A., was born at Cambridge, U.S.A., Dec. 22, 1823, and educated at Harvard. From 1847 to 1850 he was Pastor of an Unitarian Church at Newburyport, and from 1852 to 1858 at Worcester. In 1858 he retired from the Ministry, and devoted himself to literature. During the Rebellion he was colonel of the first negro regiment raised in South Carolina. In addition to being for some time a leading contributor to the Atlantic Monthly, he published Outdoor Papers, 1863; Malbone, 1869; and other works. During his residence at the Harvard Divinity School he contributed the following hymns to Longfellow and Johnson's Book of Hymns, 1846:—
1. No human eyes Thy face may see. God known through love.
2. The land our fathers left to us. American Slavery.
3. The past is dark with sin and shame. Hope.
4. To Thine eternal arms, O God. Lent.
In the Book of Hymns these hymns are all marked with an asterisk. They, together with others by Mr. Higginson, are given in Putnam's Singers and Songs of the Liberal Faith, 1875. [Rev. F. M. Bird, M.A.]

Thomas Wentworth Higginson (December 22, 1823 – May 9, 1911) was an American Unitarian minister, author, abolitionist, and soldier. He was active in the American Abolitionism movement during the 1840s and 1850s, identifying himself with disunion and militant abolitionism. He was a member of the Secret Six who supported John Brown. During the Civil War, he served as colonel of the 1st South Carolina Volunteers, the first federally authorized black regiment, from 1862 to 1864. Following the war, Higginson devoted much of the rest of his life to fighting for the rights of freed people, women and other disfranchised peoples.
Wikipedia Biography
TextsTunesHymnals