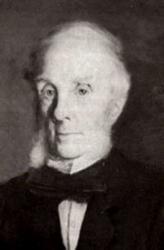 Gaskell, William, M.A., son of Mr. William Gaskell, was born at Latchford (a suburb of Warrington, on the Cheshire side of the Mersey), 24 July, 1805. He was educated at Manchester New College and at the University of Glasgow, where he graduated M.A. in 1825. In 1828 he became co-pastor with the Rev. J. G. Robberds at Cross Street Unitarian Chapel, Manchester, a position he held until his death. Mr. Gaskell was a man of cultivated mind and considerable literary ability. His publications include Lectures on the Lancashire Dialect, 1853, a small volume of Temperance Rhymes, 1839, and various theological works. In 1832 he married Elizabeth Cleghorn Stevenson, who afterwards attained celebrity as the authoress of Mary Barton, and of other popular tales. He died June 11, 1884, and is buried at Knutsford. To the second edition, 1856, of the 1st Series of Lyra Germanica Mr. Gaskell contributed "A sure Stronghold our God is He," a translation of Luther's “ Ein' feste Burg" (q.v.), replacing a version by Miss Winkworth in the first edition. He also contributed 79 hymns to Beard's Unitarian Collection of Hymns for Public and Private Worship, 1837. [George Arthur Crawford, M.A.]
The following hymns by Gaskell still in common use are found chiefly in Unitarian hymnbooks, including Martineau's Hymns, &c, 1840, and Hymns of Praise and Prayer, 1873; Hedge & Huntington's Hymns for the Church of Christ, Boston, U.S.A., 1853; Longfellow & Johnson's Book of Hymns, Boston, 1848, and their Hymns of the Spirit, Boston, 1864; and the American Unitarian Association's Hymn [& Tune] Book, &c, Boston, 1868 :—

1. Dark, dark indeed the grave would be. Death and Burial.
2. Darkness o'er the world was brooding. The Dayspring.
3. Dark were the paths our Master trod. Sympathy with Christ.
4. Father, glory be to Thee. Doxology.
5. Forth went the heralds of the cross. Power of Faith.
6. How long, O Lord, his brother's blood? In time of War. From this "O hush, great God, the sounds of war," is taken.
7. I am free, I am free, I have broken away. The New Birth.
8. In vain we thus recall to mind. Holy Communion.
9. Mighty God, the first, the last. Infinite Knowledge.
10. No more, on earth no more. Death and Heaven.
11. Not in this simple rite alone. Holy Communion.
12. Not on this day, 0 God, alone. Sunday.
13. O God, the darkness roll away. Missions.
14. O God, to Thee our hearts would pay. Old Year.
15. 0 God, who knowest how frail we are. Seeking Strength.
16. 0 not to crush with abject fear. Christ's Work.
17. Our Father, through the coining year. The original begins, "Father, throughout the coming year."
18. Press on, press on, ye sons of light. Continuance in well-doing.
19. Sleep not, soldier of the cross. Faithfulness.
20. Thanks, thanks unto God! Who in mercy hath spoken. Gratitude for the Gospel.
21. Through all this life's eventful road. Walking with God.
22. To Thee, the Lord Almighty. Doxology.
23. Unto Thy temple, God of Love. Divine Worship.
24. We join to [crave] pray with wishes kind. Holy Matrimony.
25. We would leave, 0 God, to Thee. Original: "We would cast, 0 God, on Thee." Rest in God.
26. When arise the thoughts of sin. Looking to Jesus.

These hymns all appeared in Beard's Collection, 1837. In addition there are:—

William Gaskell (24 July 1805 – 12 June 1884) was an English Unitarian minister, charity worker and pioneer in the education of the working class. The husband of novelist and biographer Elizabeth Gaskell, he was himself a writer and poet, and acted as the longest-serving Chair of the Portico Library from 1849 to his death in 1884.
Wikipedia Biography
TextsTunesHymnals