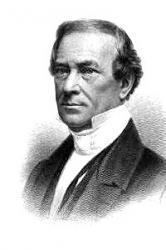 Frothingham, Nathaniel Langdon, D.D., born at Boston July 23rd, 1793, and graduated at Harvard 1811, where he was also sometime Tutor. From 1815 to 1850 he was Pastor of the First Church (Unitarian), Boston, and subsequently attended as a worshipper the church where he had been 35 years minister till his sight and strength failed him. He died April 4th, 1870.

His Metrical Pieces, in 2 volumes, were published in 1855 and 1870.
1. O God, Whose presence glows in all. Ordination. This was written in 1828 for the ordination of W. B. Lunt, New York.
2. We meditate the day . Installation. Written in 1835 for Mr. Lunt's installation at Quincy, Mass., as Co-pastor with Peter Whitney.
3. O Lord of life and truth and grace . Ordination. Also a special hymn. It was composed for the ordination of H. W. Bellowes, New York, 1839. It is found in common with Nos. 1 and 2 in Frothingham's Metrical Pieces, 1855. These Metrical Pieces are unknown to the English Collections. [Rev. F. M. Bird, M.A.]

Nathaniel Langdon Frothingham (23 July 1793 – 3 April 1870) was an American Unitarian minister and pastor of the First Church of Boston from 1815 to 1850. Frothingham was opposed to Theodore Parker and the interjection of transcendentalism into the church. He also wrote sermons, hymns, and poetry.
Wikipedia Biography
TextsTunesHymnals