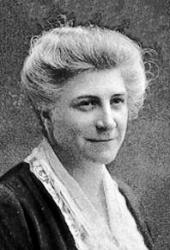 Dixon, Helen Cadbury Alexander (b. 1877, Birmingham, Eng.; d. Mar. 1, 1969, Birmingham, Eng.) was the daughter of Richard Cadbury, a prominent British industrialist and philanthropist who was a member of the Quaker fellowship and keenly interested in evangelical mission work; attended the university and spent some time in Germany, studying music and language; in 1904 married Charles M. Alexander, songleader with evangelist R. A. Torrey; traveled with her husband and assisted him in his worldwide ministry with both Torrey and J. Wilbur Chapman (q.v.) until his death in 1920; assisted J. Kennedy Maclean in writing the biography, Charles M. Alexander: A Romance of Song and Soul-Winning, 1921; in 1924 married Amsji C. Dixon.