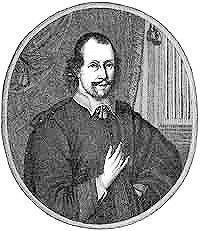 Dach, Simon, son of Simon Dach, interpreter to the Court of Justice at Memel, Prussia, was born at Memel, July 29,1605. He attended the Cathedral school at Königsberg, the Town school at Wittenberg, and the Gymnasium at Magdeburg. In 1626 he returned to Königsberg, where, after studying philosophy and theology at the University, he for some time acted as a private tutor. In 1633 he was appointed assistant in the Cathedral school, and in 1636 Conrector. He then, in 1639, became Professor of Poetry in the University, was five times Dean of the Philosophical Faculty, and in 1656-57 Rector of the University. He died at Königsberg, April 15, 1659 (Koch , iii. 182-191; Allg. Deutsche Biog. , iv. 685-688, &c).

Dach was much of an invalid, and nearly broke down under the hard labour and poor pay of his early tutorial work at Königsberg, but found a true friend and generous patron in R. Roberthin (q.v.). In his later years the effects of the Thirty Years' War made themselves visible in Königsberg by depression of trade, famine, &c. In 1648 he lost Roberthin by death, and in 1649 many of his fellow professors fell victims to the pestilence, while during the last year of his life he suffered from a lingering consumption. These facts explain the sombreness of much of his verse. In 1636 he joined in forming the Poetical Union of Konigsberg [see Alberti], and was its poetic soul. He was the most important poet of the Königsberg School, and one of the first lyric poets of his time happy in expression, pure in style, and true hearted. But of the mass of his poems (some 1360 in all, many of which were "occasional" pieces for the Electoral House of Brandenburg, and for private friends) very few retain popularity; the best known being his Aennchen von Tharaw.
Dach's hymns, some 165 in all, appeared in broadsheet form, in H. Alberti's Arien, 1638-1650, and in the Königsberg Hymnbooks, 1639-1690. They deservedly place him amongst the best hymn writers of his time, and win him the distinction of being one of the most lovable, most profound and most elegant of the more contemplative hymn writers. Their personal and subjective character, and the fact that so many are hymns of preparation for death, have prevented all but a few from finding a place in modern hymnals.

Five of Dach's hymns have passed into English, all of which are included in the complete edition of his Werke by Hermann Oesterley, published at Tübingen, 1876. They are:—

In addition the following hymns by Dach have been translated into English :—