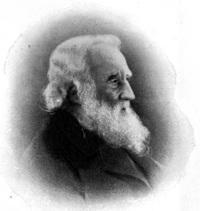 Chapman was born in Helsingor, Denmark, in a wealthy Anglican merchant family from Whitby, Yorkshire. Robert was educated by his mother whilst the family was in Denmark and later at a boarding school in Yorkshire, after the return of the family to England. At the age of 15 Robert moved to London to work as an apprentice clerk in the legal profession.

Robert completed his 5 year apprenticeship and became an attorney in 1823. In the same year he became a Christian after listening to the gospel preached by James Harrington Evans in a nonconformist chapel in London. He prospered in his career and also spiritually and spent most of his spare time visiting and helping the poor of London. His dedication to the poor made a great impression on his cousin's husband, a Mr. Pugsley, from Barnstaple, Devon. So much so that Puglsey, another lawyer, also became a Christian and began working with the poor in Barnstaple. In 1831 Robert visited Barnstaple on a holiday and helped out in preaching and other Christian work in the vicinity. On returning to London he became convinced that he was being called into full time Christian work, he also increasingly felt that some aspects of his legal work sat uncomfortably with his faith. In 1832 he was invited by the Ebenezer Strict Baptist Chapel in Barnstaple to be their pastor. In April 1832 he left the lucrative legal profession and stepped down the social ladder and moved to Barnstaple to become pastor.

He accepted the post as pastor of a Strict Baptist chapel only on the condition that he would only be bound by what was written in the Bible and not by any denominational creeds or beliefs. Fellowship, for example, he believed was open to all true believers in Christ, and not restricted to those who had been baptised by full immersion on a profession of faith. His views on fellowship were similar to those of Anthony Norris Groves.

Other examples of the assembly moving to a non denominational position are one man ministry being replaced by the priesthood of all believers and Chapman refusing any clerical salary. Chapman never enforced these changes onto the chapel and never forced his viewpoint but was prepared to wait for every believer meeting at the chapel to see the need for change.

Chapman rose to become an influential figure within the Plymouth Brethren alongside John Nelson Darby and George Muller. His zeal and compassion for people led to him being referred to by many as the "apostle of love". For example, Chapman preferred to live very frugally in a deprived area of Barnstaple in order to reach the poor.

In 1848 he sided with George Muller in regards to a dispute over the independency of each assembly and believed that John Nelson Darby should have waited much longer before excommunicating Muller's assembly in Bristol for not supporting Darby in his dispute with Benjamin Wills Newton. This riled some supporters of Darby who were wanting to discredit Chapman. Darby, however reproved them, saying, "You leave that man alone; We talk of the heavenlies, but Robert Chapman lives in them."

Charles Spurgeon called Chapman "the saintliest man I ever knew". Chapman became so well known that a letter from abroad addressed only to "R.C. Chapman, University of Love, England" was correctly delivered to him.

Chapman, Robert Cleaver, was born Jan. 4, 1803, and has been for more than fifty years a "Minister of tho Gospel" at Barnstaple. In 1837 he published:—
Hymns for the Use of the Church of Christ. By R. C. Chapman, Minister of the Gospel, Barnstaple. 1837. This was reprinted in 1852. Some copies of the 1852 edition have bound up with them An Appendix selected from Various Sources. By John Chapman.
Several of these hymns were repeated in the Plymouth Brethren Hymns for the Poor of the Flock, 1838; A Few Hymns and Some Spiritual Songs, selected 1856 for the Little Flock; and in other collections. These include:—
1. Go behold [and search] the tomb of Jesus. Easter.
2. God's tender mercies follow still. Heaven. Com¬posed of stanza xxi. of "The Lamb of God exalted reigns."
3. King of glory set on high. Ascension.
4. My soul, amid this stormy world. Longing for heaven.
5. No condemnation—0 my soul. Peace in Believing.
6. 0 God, Whose wondrous Name is Love. Resignation.
7. The Prince of Life, once slain for us. Advent.
Mr. Chapman's hymns and poems number 162, and are mainly in use with the Plymouth Brethren, with whom he was a Minister. They are given in his Hymns and Meditations, Barnstaple, 1871. He died June 12, 1902.