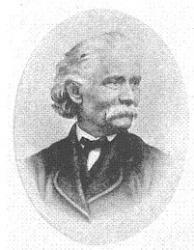 Burleigh, William Henry, an active reformer and member of the Unitarian body, was born at Woodstock, Connecticut, Feb. 12, 1812, and brought up on a farm at Stainfield in the same state. In 1837 he went to Pittsburg, Pennsylvania, where, having been previously apprenticed to the printing trade, he published the Christian Witness and Temperance Banner. In 1843 he undertook the duties of editor of the Christian Freeman, at Hartford. From 1849 to 1855 he was agent of the New York State Temperance Society; and from 1855 to 1870 Harbour Master at New York. Died at Brooklyn, March 18, 1871. His poetical pieces and hymns were contributed to various periodicals and journals. Many of these were collected and published as Poems, Phila. in 1841. This volume was enlarged by additional pieces, and republished by his widow, in 1871. The dates of these hymns and poems are most difficult to determine. Where possible they are given in detail. It is somewhat curious that Burleigh's hymns are generally more extensively used in England than at home. The introduction of some of his best compositions into the English collections is due to the Lyra Sacra Americana, whence they were mostly taken by the compilers. Those in use in Great Britain and America are:—
1. Fades from the west the farewell nigh. Night . This poem, entitled “A Psalm of Night," is given in his Poems, N. Y., 1871, pp. 275-6. Although not in the 1st edition of his Poems, 1841, it was in common use as early as 1844. It is in 5 stanzas of 8 lines. From it the following centos have come into common use:—
(1) “Day unto day uttereth speech." This is composed of stanzas iii.-v., and was given in the Christian Hymns of the Cheshire Pastoral Association (Amer. Unitarian), 1844,
as an "Evening Hymn."
(2) "O Holy Father, mid the calm." This cento In Longfellow and Johnson's Book of Hymns, 1846, and their Hymns of the Spirit, 1864, &c, is composed of stanzas iv.-v.
(3) "Not only doth the voiceful day," No. 324 in Longfellow and Johnson's Hymns of the Spirit, 1864, is composed of st. ii.-iii. Another arrangement beginning with the same stanza is in the Lyra Sacra Americana, p. 41.
(4) “The brightening dawn and voiceful day." In the Hymnary (Lond.), 1872, is, altered from the Lyra Sacra Americana as above, with the addition of a doxology.
In and through these various forms, the use of this hymn is very extensive.
2. Father, beneath Thy sheltering wing. Trust and Peace. Appeared in Longfellow and Johnson's Hymns of the Spirit, 1864, No. 471, in 4 stanzas of 4 lines. It is given in many American collections, and in the Baptist Hymnal, 1879, Horder's Cong. Hymns , 1884, and others in Great Britain. Orig. text in Lyra Sacra Americana, p. 39, with "that" for "which” in st. ii. line 4.
3. For the dear love that kept us through the night. Morning. From Poems, 1871, into Horder's Congregational Hymns, 1884.
4. From profoundest depths of tribulation. Lent. This appeared in the Supplement to Hedge and Huntington's Hymns, &c. (Unitarian), 1853, No 843.
5. Lead us, 0 Father, in the paths of peace. Divine Guidance. No. 32 of the Lyra Sacra Americana, in 4 stanzas of 4 lines, being "A Prayer for Guidance." With English compilers this hymn ranks amongst Burleigh’s productions next in popularity to No. 8, and is found in most of the collections there named.
6. Not in vain I poured my supplication . Lent. This is a continuation of the same thought as No. 4 preceding, and follows it in the same Supplement.
7. O deem not that earth's crowning bliss. Mourning. This, passed from the Lyra Sacra Americana, 1868, into the Eng. Bap. Hymnal , 1879; Horder's Congregational Hymns, 1884, and others. It is in his Poems, 1i871, p. 258. The hymn, "From lips divine, like healing balm," in the Methodist Episcopal Hymnal, N. Y., 1878, is a cento from this hymn.
8. Still will we trust though earth seems dark and dreary. Faith. Appeared in the Lyra Sac. Amer., 1868, pp. 43-44, in 5 stanzas of 4 lines. This is the most widely adopted of this author's hymns by the English compilers. It is given in some of the best collections, as the New Congregational Hymn Book, Thring, Horder, the Baptist Hymnal, Allon, &c.
9. There is a beautiful land by the spoiler untrod. Heaven. Dr. Cleveland Lyra Sac. Americana, 1868, p. 298) says, "This piece was first published in the Independent, Jan. 18, 1866."
10. They who have kept their spirit's virgin whiteness. Purity. In Lyra Sacra Americana, 1868, p. 46.
11. Thou Who look'st with pitying eye. Lent. In Lyra Sacra Americana, 1868, p. 47.
12. Through the changes of the day. Evening. From his Poems, 1841. It is given in the Lyra Sac. Amer., p. 50, the Society for Promoting Christian Knowledge Psalms. and Hymns, 1852, Thring's Collection, and others.
13. We ask not that our path be always bright. Trust in God. From the Lyra Sac. Amer, 1868, into Horder's Congregational Hymns, 1884.
14. When gladness gilds our prosperous day. Good in all. Also from Lyra Sacra Americana into Horder's Cong. Hymns, 1884.
It has been already noted that Burleigh's hymns have a more extended use in Great Britain, than in his own country. The foregoing notes will also show that his productions are more widely known and used outside of his own denomination than by his own people. Concerning the hymns included in the Lyra Sac. Amer., Dr. Cleveland, the editor, says, "Most of these beautiful hymns of Mr. Burleigh's were given to me in manuscript by the author," but he does not indicate what was new and what was old.