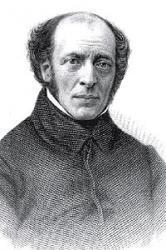 Bunting, William Maclardie, son of Dr. Jabez Bunting, a well-known Wesleyan minister, was born at Manchester, Nov. 23,1805, and educated at the Wesleyan Schools at Woodhouse Grove, and Kingswood, and at St. Saviour's Grammar School, Southwark. In 1824 he entered the Wesleyan Ministry, and continued in active circuit work for twenty-five years. Failing health then compelled him to retire upon the Supernumerary list, when he took up his residence in London, and died there on Nov. 13, 1866. In addition to editing the Select Letters of Agnes Bulmer, &c, 1842, and engaging in other literary labours, he contributed hymns to the Methodist Magazine (under the nom de plume of Alec) from time to time, and specially 43 to Dr. Leifchild's Original Hymns, 1842. Of these Dr. Leifchild rejected 8, and abbreviated 2. In 1842 these 10 hymns were published as An Instrument of Ten Strings, strung in aid of the Wesleyan Missions, By Alec. Other hymns by him were included in his Memorials, &c, published by the Rev. G. S. Rowe in 1870. Although a few of these hymns have come into common use, they have failed as a whole to command public attention.

Those in common use are:—
1. Blessed are the pure in heart, They have, &c. Purity.
2. Blest Spirit! from the Eternal Sire. Holy Spirit.
3. Dear is the day which God hath made. Sunday.
4. Father, our child we place. Holy Baptism.
5. Holy Spirit, pity me. Lent.
6. O blessed, blessed sounds of grace. After Sermon.
7. O crucified, triumphant Lord. Holy Baptism.
8. O God, how often hath Thine ear. Renewing the Covenant. Written in 1824, and given in the Supplement to the Wesleyan Hymn Book 1830. This is the best known of his hymns.
9. Thou doest all things well. God all in all. Most of these hymns are in the revised Wesleyan Hymn Book, 1875; Nos. 1-4 and 6 were in Dr. Leifchild's Original Hymns, 1842, and all are in the Memorials, 1870.