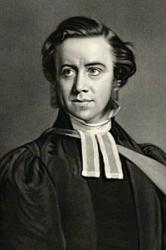 Baynes, Robert Hall, M.A., s. of the Rev. Joseph Baynes, b. at Wellington, Somerset, Mar. 10, 1831, and educated at St. Edmund Hall, Oxford, graduating B.A. 1856, and M.A. 1859. Ordained in 1855, he held successively the Curacy of Christ Church, Blackfriars, the P. Curacy of St. Paul's, Whitechapel; of Holy Trinity, Maidstone, and of St. Michael's, Coventry. In 1870 he was Bp. designate of Madagascar; but resigned in 1871. In 1873 he was appointed Hon. Canon of Worcester Cathedral, and in 1880 Vicar of Holy Trinity, Folkestone. Canon Baynes is more widely known as the compiler of some most successful books of sacred poetry than as an original hymn-writer, although some of his hymns are of considerable merit, and are in extensive use. Of these the best known are “Jesu, to Thy table led," and "Holy Spirit, Lord of glory." He was editor of Lyra Anglicana, 1862; English Lyrics, 1865; The Canterbury Hymnal, 1864 ; and the Supp. Hymnal, 1869 (all pub. Lond., Houlston & Wright); The Illustrated Book of Sacred Poems, Lond., Cassell & Co., and is the author of original Autumn Memories and other Verses, Lond., Houlston & Wright, 1869. His hymns appeared in The Canterbury Hymnal, the Autumn Memories, and in the Churchman’s Shilling Magazine, of which he was sometime editor. His Home Songs for Quiet Hours were pub. in 1878, and Hymns for Home Mission Services in the Church of England, 1879. To his eucharistic manual, At the Communion Time, a series of hymns for Holy Communion are added. D. March 12, 1895.