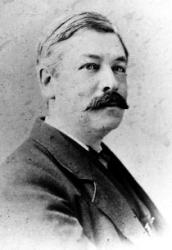 Abbey was a writer and poet. He was educated at the Kingston Academy; the Heading Academy, Greene County, New York; the Delaware Literary Institute, Delhi, New York; and the Hudson River Institute, Columbia County, New York. He was a member of the member of Fair Street Reformed Church, and served as assistant editor of the Rondout Courier and editor of the Orange Spectator, Orange, New Jersey. He was also a bank teller and merchant; a member of the Kingston Board of Health, and director, vice president and president of the State of New York National Bank of Kingston. He belonged to the Authors Club, and was a life member of New York Shakespeare Society.